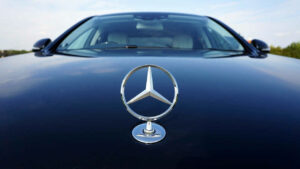 I’ve been waiting for this to happen as I watched car companies like Tesla and Ford seem to mess, and at times competing, over the size of the digital dashes in their latest electric cars.  Ford has been winning up till now.  But Mercedes, working with NVIDIA, decided to move the competition into an entirely different realm at CES next week, and it could change the future of next-generation electric cars.

The Birth Of The Hyperscreen Dashboard

It is incredible how much cars have changed over the last ten years, at least partially due to Tesla’s influence and success.  With Elon Musk passing Jeff Bezos as the richest man in the world this month, even more attention is likely going to be paid to some of Musk, and Tesla’s innovations are bringing to market.

But the traditional car companies are no longer standing still.  Ford with the Mustang Mach-E, GM with the new Electric Hummer, Volvo (who just partnered with Baidu) with their Polestar and XC-40, Audi with their e-tron family, and Mercedes with their EQC have all innovated in their unique ways up till now.

But it was only a matter of time till a significant car company decided to truly break out and try something less of a Tesla wanna-be (most of these cars have better fit and finish than Tesla but smaller displays with lower performance and less range) and move to shoot for market leadership.   Granted, Ford with their Mach-e Mustang has a larger display, and Porsche with their Taycan should have better performance at a far higher price, better performance but generally, on spec, Tesla still owns this segment.

The Birth Of The Hyperscreen Dashboard

The new Hyperscreen Dashboard that will be showcased at the Mercedes-Benz event next week at CES is an amazing piece of technology.  It blends AI capability into a display that transforms the entire dash into a digital panel that goes from the driver’s to the passenger’s door.

It is creating an experience that reminds me of the initial control screens showcased on the Discovery Starship in Star Trek Discovery.  I didn’t even have to read the entire announcement before I started lusting after this new dashboard because it does look like something out of a future starship.

With Norway blazing the trail to our electric future, the realization that these cars deserve more advanced interfaces drives a ton of development. This impressive effort by Mercedes-Benz and NVIDIA is arguably well out in front with cabin design.  Granted, at last, CES Mercedes-Benz arguably had the most advanced electric prototype.  I don’t recall lusting after a car like this that wasn’t in a movie ever before; the thing is off the hook amazing!  And it also showcased where this new Hyperscreen dash is likely to go in the future.

This dashboard is the first “Zero Layer” User Interface, which addresses the UI’s big complaints in many of the existing cars with screens.  You currently have to drill down multiple layers to get to the setting you want, and forums are full of folks asking for assistance in getting simple things done.   With this much screen real estate, you don’t need the layers and should be able to quickly and easily get to the setting you need.  This solution uses a neural interface to prioritize and better present the controls and information you need.

Wrapping Up:  Not Just A Concept

This fantastic electronic dash will be appearing in the top-of-the-line Mercedes-Benz EQS this year, showcasing another best practice.  That best practice introduces features like this in top-line cars so you can genuinely build a fantastic solution without crippling it due to cost constraints and then move the solution down the market as cost efficiencies are developed with volume.

So far this dash, and seeing the EQS in person are reasons why I wish I could attend CES in person this year, and I’m thrilled they put this in a sedan, not an SUV; otherwise, I’d be tempted to buy this starship on wheels.  It is probably good I wait for a later, more affordable version anyway.  But, regardless, Mercedes-Benz, with NVIDIA’s help, just set a new bar for car interiors; I can hardly wait to see how the other car makers respond.

7 Ways to Use the Cloud in Your Business

Hongkong Mass Arrest Denounced by US, UK, Australia and Canada