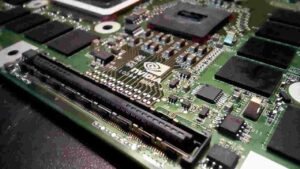 NVIDIA merging with ARM may have the most significant impact on the technology market since the birth of Windows and X86.  That’s a broad claim, but if you look at the segment, we will have a bifurcation of the four large central technology vendors.  With this merger, NVIDIA not only joins Qualcomm as a significant core technology licensee, in effect, both become partners (Qualcomm licenses ARM).  Intel and AMD, who are not currently known as licensing entities, either must convert to this model or more aggressively defend their model.  Given AMD, through their custom efforts, drifted remarkably close to licensing in the past, they likely can more easily make this pivot if Intel also moves.  Even if Intel doesn’t, AMD’s technology could likely be licensed to enhance other offerings.

Let’s talk about how this merger could dramatically change the technology landscape.

The Global Move To Licensing

When I first started in the technology market, a few large vendors and virtually nobody licensed.  IBM was the dominant technology vendor, and it operated, at the time, with a lock-in model. That model dictates you buy everything related to the solution you bought from the vendor from that vendor.  Since then, most technology vendors have abandoned the lock-in model with the apparent exception of firms like Apple and Oracle, who still use it.

While Qualcomm has been the stand out vendor in terms of licensing, ARM became a power as another massive licensing focused entity. When merged with NVIDIA, it should pivot the new parent company towards more aggressive licensing as well.  While there is some concern that NVIDIA will take its CUDA licensing model, which is relatively restrictive, and force ARM to pivot to it, I think that is unlikely because it would cripple ARM and likely lead to formal challenges from Europe and China.  Given China is concerned about this merger, I expect some assurances that this conversion of ARM to CUDA licensing will be formally restricted for China to approve the merger.

When complete, this will leave NVIDIA and Qualcomm as massive licensing companies and, given Qualcomm licenses from ARM, potential partners focused on preserving similar licensing models.  There will be an opportunity for firms to partner more broadly, resulting in more exciting outcomes.

Effectively this will initially bifurcate the CPU/GPU segment with Qualcomm and NVIDIA on one side and AMD and Intel on the other.  Given AMD does a lot of custom work and is FABless, I expect them to explore this model as well, but they’ll be limited under their license to Intel.  So Intel’s response as an odd man out will be interesting because if the OEMs move to license from NVIDIA and Qualcomm, X86 could become redundant.  If Intel does choose to license, then they may have to become FABless as well or open their FABs up to third party business and compete more aggressively with companies like Global Foundries and TSMC to keep the FABs profitable.

Intel is large enough to have a decent chance of fighting this trend for a time. Still, it does appear the market wants more of an Open Source and licensing approach, suggesting unless that changes, that Intel will eventually have to make this pivot.

Assuming that NVIDIA doesn’t replace the ARM licensing model with the Cuda licensing model, the merger will result in a bifurcated market with licensing companies Qualcomm and NVIDIA on one side and product companies like AMD and Intel on the other.  Intel is the critical path company for a pivot for that side to licensing, and AMD is mostly already set up for this pivot, so it could likely move even more quickly if needed.  Addressing China’s concerns is the likely critical path to getting the merger done, and their requirements could change this outcome significantly with a focus on ARM licensing as the new NVIDIA model given it is less restrictive.

The result of these pivots could lead OEM system and server vendors, at least the top tier, to specify their parts, something that Microsoft, with products like the Hololens, Duo, and Neo, is already exploring.

This pivot, in turn, could dramatically change the amount of variety in a wide variety of existing and coming products ranging from personal technology to supercomputers.   In the end, we will likely find that this critical merger was a significant infection point that dramatically changes the tech landscape forever.