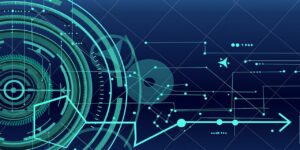 Qualcomm has been identified as a strategic asset by the US Government and the company is largely the champion for the US’s continued dominance in wireless technology.  There is a massive war going on between the US and China with China wanting to do to the US what the US did to Europe last century and take the leadership position for technology.  China certainly has the resources but their closed approach to technology coupled with the fear that the Chinese government is or will imbed tracking and monitoring largely makes Chinese government the biggest impediment to this goal.  We recently saw this play out with the Huawei bans escalating around the world.

Qualcomm has had a particularly trying few years.  They were the target of a hostile takeover by Broadcom which was believed to be at least partially sourced from China where the US stepped in, identified Qualcomm as a strategic US asset, and blocked the merger.  They were attacked by Apple in an apparent attempt to reduce pricing for their technology, the tech that actually allows the iPhone to function, from $7.50 to $1.50 per phone and it was based, apparently, on fabricated evidence resulting in Apple settling with Qualcomm.

And then we had the FTC trial, which was based on the false Apple evidence, used an expert that that had been massively discredited in a prior trial, and another that came from Huawei.  Now the weird part is the Judge, Judge Koh, that preceded on the trial both found the FTC witnesses unbelievable and based much of her judgement on their testimony. And, as you would expect, Qualcomm is appealing this judgement.

Now the latest is that the DOJ, Department of Defense, the Department of Energy, an Ex-Appellate chief justice, and Ericsson have all now come out in favor of Qualcomm.  The DOJ is arguably the most harsh effectively arguing that not only was Judge Koh in error with her decision but that, if the decision is allowed to stand, it would represent a threat to US National Security (and the DOD and DOE appear to support the DOJ position).  So, to net out, we have the FTC with a case that was founded on fake evidence and who used compromised experts, winning a case against Qualcomm and pretty much the rest of the US Government calling foul.

Even one of the FTC Commissioners has come out effectively saying the FTC has gone off the rails with this.

Now conspiracy theories are a dime a dozen, and most are, but let’s look at just one aspect of the FTC case against Qualcomm.  The use of the Huawei expert.

Now I participate in a lot of trials.  Sometimes I’m an expert witness, sometimes I’m an observer, and sometimes I’m the plaintiff.  Typically, if one side has an expert witness the other side will do discovery on that witness in an effort to invalidate their testimony.  Qualcomm did this effectively with the FTC primary expert, though, as noted, even though the judge seemed to agree that witness’s theory lacked viability, she relied on it anyway.

But, in the case of the Huawei witness, Huawei didn’t comply with discovery which should have invalidated this witness and strangely didn’t.  Now using a Huawei witness, given the US appears to believe that Huawei is an agent for the Chinese Government acting against Western (particularly US interests) by the leading US Trade Organization should, alone, have raised significant flags.  But Huawei is also the leading challenger to Qualcomm worldwide and the fight between these two companies is arguably a proxy for the fight between the two countries.

This would be like the Department Of Justice calling a witness from the one of the big illegal drug cartels in an effort to curtail the activities of a US Marijuana company damaging their business.  You’d scratch your head asking, “isn’t that actually something you’d want them to do?” Given the current environment, if Qualcomm is hurting Huawei, how is that different than what the US administration wants done?

When you are talking the kind of influence that a government like China can orchestrate and what seems like a case that not only never should have been filed but is based largely on discredited evidence resulting in a Judgment against one of the most powerful US assets you have to wonder who, or what, is really behind this.

I’m starting to wonder if our judicial system is badly broken.  We know the Judges are massively over worked, they are generally under provisioned, and their ability to follow, let alone understand, complex cases is clearly compromised.  But if the Judicial system, and US enforcement agencies, are being used as weapons against US interests than something does need to be done.

But the apparent and recurring influence by foreign governments in our legal process is troubling.  In this instance, a right wing group (Americans for Limited Government) that support President Trump has also flagged this Judgement as very questionable and they have the President’s ear.  I expect things will be getting a lot more interesting as a result.

When a government is involved conspiracies stop being long shots and start becoming reality.  I think we are going to see a lot of more attention on Judge Koh and her decision shortly.

Sailing To Serenity: Beat The Santorini Crowds With A Boating Retreat

Professional Technology: Changing the Face of the Business Industry