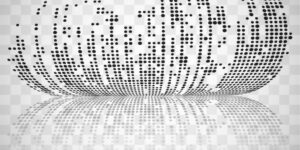 Last week, Intel and the U.S. government announced a joint effort to build what may turn out to be the largest factory for semiconductors in the world. Referred to as FABs (Fabrication Plant), these specialized factories produce the microprocessors that are the backbone of our technology, automobile, weapons systems, aircraft, and most anything that has technology in its markets.

Some of the current problems with supply chain logistics and out-of-control prices are a result of a massive shortage of semiconductors. TSMC, the largest semiconductor manufacturer, is in Taiwan which is particularly problematic given shipping delays and China’s increased posturing toward taking control of Taiwan, much like it did Hong Kong. Given TSMC’s dominance in the manufacture of semiconductors, China taking over Taiwan could be disastrous to a variety of U.S. industries.

Therefore, the formation of the foundation for the Chips for America Act to help fund the construction of a U.S.-based FAB is critically important. There is a critical second Act called the FABS Act which is, like the Chips for America Act, supported by members of both political parties and provides additional tax credits to support restoring U.S. semiconductor manufacturing, protecting the US from the kinds of supply problems we’re suffering through now.

Let us talk about how this super FAB could change the world dynamically for semiconductor shortages but may come too late to prevent war.

Before the pandemic, there was little indication we were going to have a shortage, but when the pandemic hit, manufacturers anticipated a large drop in demand and reduced their production capacity. The firms making those semiconductors shifted their manufacturing capacity from areas that were seeing reduced demand to areas that were likely to continue to see demand, eliminating much of the existing capacity for these semiconductors.

As it turned out, the dire predictions were way off. Not only did demand not drop as sharply, but it also came roaring back, creating product shortages which in turn fueled inflation and demand across the board. But even in those areas that did not have component shortages, there was now a problem getting finished goods to people due to shipping backlogs.

Employees in all segments of manufacturing and related logistics (including warehousing) got slammed, got sick, or got so overwhelmed they quit, making everything a lot worse. Also exacerbating the problem is an aggressive program by China to take control of the largest percentage of rare earth metals critical to technology manufacturing.

So, while domestic production is a major part of the problem that Intel and the U.S. government hope to address, the materials used to build out the rest of the ecosystem are largely controlled by others, which means we may not be out of the woods even when this massive factory is built. The U.S. needs to secure the entire supply chain for technology products. Otherwise, the bottleneck is likely to simply move to some other area, and the shortages will remain.

This Mega FAB will need to be in operation before China attacks or blockades Taiwan because losing Taiwan’s and Asia’s manufacturing capabilities would be disastrous for the U.S. Technology industry across the board.

Why? Because FABs and their related lines take years to build and spin up. Currently, without delays (which often plague FAB projects) this Mega FAB is slated to start production in 2025 or around 3 years from now. On the other hand, China appears to be very close to having the capability to attack Taiwan decisively and has been threatening such an attack for some time. Coordinating their attack on Taiwan with Russia’s attack on Ukraine seems likely since the two powers are cooperating, and that would spread U.S. efforts to stop either attack very thinly. China could then use the acquired Taiwanese semiconductor manufacturing capacity to more than offset the semiconductor sanctions that the U.S. is currently threatening. It looks like China is preparing to back Russia up and vice versa.  China has 15% of the world’s FAB capacity, Taiwan 21%, and the US only around 13% and during a war shipment from Asia to the US would most certainly be at risk (that is a total of 72% of the world’s FAB capacity).

Losing that capacity would also cripple the U.S.’s ability to manufacture advanced weapons systems during a war and might, therefore, be forced to withdraw prematurely, potentially reversing the dynamic that assured the win in the Second World War.

While it is clear the U.S. Government and Intel are taking this risk very seriously, time is not on their side. Along with the much-needed manufacturing capacity of this new Mega Fab, we must assure control of the materials needed to produce the components necessary for a war effort. I expect the window is closer to twelve than 36 months, and that time and capacity for electronic manufacturing, particularly for weapons systems, may define the next conflict. Both China and Russia appear to be in far better shape in that regard (they have massive proximity advantages particularly over the US, and political execution advantages over NATO). This huge disparity could fuel the decision to begin the conflict. So, the need for the U.S. to solve both the manufacturing and supply problems are far more critical than most realize, and right now, it looks like the timeline is in weeks not years to solve this problem.