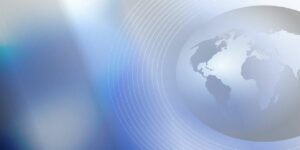 Intel this week reported on their impressive Social Responsibility progress. While I was distracted by the prediction in the Amazon TV show Upload that they would eventually merge with Oscar Mayer (To create computerized weenies?) this week, I thought their efforts were compelling.  While I think that merger is very unlikely despite how great the projected Oscar Mayer Intel Inside logo looked, (you get the sense that Amazon is making a statement with that show), Intel’s CSR effort is no laughing matter.

Intel has made significant material progress in its green and anti-global warming efforts.  They have driven these efforts out to suppliers, and they have aggressively supported expanding diversity into their ecosystem, particularly with women, including outreach with positive social impact on 5 million women.

Let’s talk about some of the highlights in the Intel report this week.

It used to be green efforts mostly consisted of planting trees someplace you had never been to offset somehow the far more devastating impact a company was having on the environment.  No more, now CSR programs have teeth, and no place is that more evident than in Silicon Valley, where companies like Cisco, HP, and Intel are stepping up.

Intel has been very effective over the last decade at reducing its electrical footprint with a reported over 4.5B kWh saved and a move to 71% green power globally.  They have tripled their use of on-site alternative energy and have been able to showcase a whopping 39% per unit reduction in Green House Gas emission.

You don’t see numbers like this out of manufacturers, and there is no doubt these changes were challenging to accomplish, but it wasn’t just their manufacturing that they positively impacted.  They increased the energy efficiency in their notebook products by 8.5x, which is over eight times the efficiency, and their server energy efficiency was increased a whopping 14x.

They have been getting their buildings LEED-certified, and as of this report, 50 buildings covering 17.9 million square feet are now LEED efficiency certified.  This kind of progress is challenging with existing buildings.

Part of being environmentally focused is reducing consumption and waste, and here too, Intel has made significant progress.  That progress included, over the last decade, a 38% reduction in per-unit water use.  They have been able to keep their hazardous waste out of landfills and are up to 93% non-hazardous waste recycling.

They have significantly increased the screening of the chemicals they use and now screen 100% of those chemicals to ensure minimal adverse environmental impact.

Intel’s efforts haven’t gone without notice.  In 2019 Intel got an “A” rating on the CDP Supplier Engagement Leader awards, putting them in the top 3% of the 4,800 companies assessed by the CDP.  Intel was also listed in 3BL Magazine’s 100 Best Corporate Citizens since 2009 and been in the top 10 on that report since 2012 and remained the only company in the Russell 1000 to do so.

Intel’s diversity efforts have also been impressive over the last decade, is one of the very few companies to achieve full representation with Under-Represented Minorities (URM).  They were able to reach five million women with their technology empowerment programs helping to bring them into the technology segment to help address the lack of diverse candidates for tech jobs.   This effort hasn’t gone unnoticed either as Fortune recognized the firm as part of their “Change the World” list for raising the bar on diversity and having one of the industry’s “boldest diversity goals.”

Intel has recognized that things have changed dramatically over the last several months, and this has had a material impact on Intel’s future goals.  Companies are setting broader goals like Microsoft’s recent carbon-negative announcement, investment companies are raising the environmental requirements for forms they invest in, and customers are indicating they won’t stay with companies that don’t have a long term sustainability plan.  But the COVID-19 event has added some more requirements like responding to the Pandemic through funding, or technical advancement.

Here too, Intel has already been stepping up by committing $50M initially for Pandemic response technology to combat the virus.

These changes have influenced Intel’s 2030 goals and an increase in the categories and some of the focus from related Intel CSR initiatives.

Intel plans to increase its focus on making human lives better significantly.  They promise to ensure that 90% of their employees believe (checked through a survey) that Intel provides a strong safety culture and that at least 50% of those employees actively participate in corporate wellness programs (while this seems low, it does likely reflect a massive permanent shift to work from home long term).

They are going to increase their efforts to assure supplier diversity so that, by the end of the period, 100% of Intel’s suppliers will be sufficiently diverse.  Suppliers will also have to guarantee respect for human rights, and this effort will mainly focus on Intel’s largest (Tier 1 & 2)suppliers.

Diversity in Intel will also continue to advance with a target of 40% women in technical positions and a doubling of minorities, with a particular focus on women, in executive jobs.  This last is critical to removing the typical glass ceiling that most tech companies have.

They plan to increase their disabled employee component by 10%, addressing an often forgotten part of our diversity problem and particularly helping those that were injured during combat.

They also plan to more aggressively address the skills shortfall by working with governments to mitigate the digital divide.  For instance, the Intel AI For Youth program has provided an AI curriculum and resources for 100L high school and vocational students in 10 countries, and these efforts will be expanded to a targeted 30M people by 2030.

The Climate Change focus will expand as well with a plan to go to 100% renewable energy, reducing an additional 4 Billion kWh of energy, reduce carbon emissions by another 10%, and increase energy efficiency across Intel’s PC and server products by another 10x.

The Water use goal is to move to net positive water use by not only conserving an additional 60B gallons of water, eliminating that use, but in investing in water restoration projects that will begin to recover the water use from prior decades.  In other words, concerning water, going from water user to a virtual water source.

Finally, and most impressive, implementing an aggressive circular economy so that by 2030 at least 60% of what Intel produces is effectively recycled or offset.  Intel plans to collaborate with PC manufacturers to create the most sustainable and energy-efficent PC in the world, one that eliminates carbon, water, and waste in its design and use (I’m kind of on pins and needles for this effort because it will truly be unique).

Intel plans to partner with Healthcare, life sciences, and government organizations to apply cloud, artificial intelligence, and high-performance technology solutions to diagnose better, treat and cure those infected with the virus.

Wrapping Up:  The Power Of Commitment

Intel has made significant progress in making their company a better place to work and the world a far better place to live.  But that effort pails in the face of what they plan for the next decade, which is incredibly aspirational.  But Intel’s greatest impact likely won’t be on what they do, but how they influence their suppliers, partners, and the rest of the tech industry in this effort.  Fixing the world isn’t a problem that any one company or country can do, but by stepping up and setting an example, Intel is helping to make a better world for all of us.

Low Sex Drive in Men: How to Regain your Sexual Appetite

Trading and Broker Services in the UAE