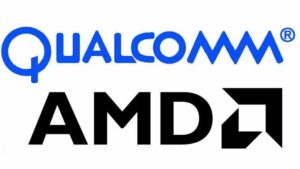 I’m in Hawaii this week at the Qualcomm Snapdragon Tech Summit 2017. This has been a fascinating event so far highlighted by having both AMD and Microsoft on stage in support of Qualcomm’s new Connected PC initiative. Even Samsung was on stage referring to Qualcomm as the “most innovative company in the world”. The CEO of Xiaomi who referred to Qualcomm as their most important partner critical to their selling 238M smartphone sales success. (Bringing out a stunning white ceramic phone that I have lust in my heart for). It struck me, after he was done, that a ceramic white always connected laptop would have been stunning (that’s where I thought he was going, but, sadly, he never got there).

However, I’ve been using systems using AMD’s new GPUs and CPUs for months now and got a chance to play with laptops using the new Always Connected platform from Qualcomm at this event. And, well, Intel may be screwed.

HP and Asus fielded laptops for the event. The HP laptop was a Microsoft Surface clone in terms of design. Removable keyboard, and very tablet forward. This seemed the most obvious design choice because it favored a tablet form factor and HP’s design team did a very nice job of making the product attractive. It should position well against the iPad Pro as a better business forward solution with stronger batter life and, thanks to the Qualcomm/Apple litigation, likely better performance.

The Asus was an attractive clamshell design notebook likely better positioned against the Chromebook. Also, impressively nice looking, thin and relatively high quality. Asus has been known for being cheap, but they have been aggressively bringing to market higher end designs and this one was no exception.

While two notebooks are hardly an Intel killer, I would have said the same thing of the iPhone, one product initially, against Nokia who had entire lines, but Apple took out Nokia. And, with the right backing and marketing, these two notebooks could be the number one choice for new notebook buyers.,

I played with both the HP and Asus offerings a bit. Had I not known they were running an ARM based Snapdragon processor I’d have assumed they were running one of Intel’s mobile parts. Applications opened quickly, there was not noticeable lag, and network performance under they WAN connection was noticeably better than on the Wi-Fi solution we were clearly overloading at the event. This showcased one of the advantages particularly for an analyst as we tend to go to lots of events where Wi-Fi is over loaded and must use WAN access point which have to be kept charged and add to the travel carry weight and are, as I discovered recently, impressively easy to lose.

Both products felt well made and consistent with products selling in their expected $600-$900 price range. I didn’t see any appreciable performance reduction from the Snapdragon implementation but my time with the products was very short. Because both products trend to the small side of laptops they’ll likely be best for road warriors and those that have a desktop system at their desk (and I am clearly taken by both product).

Laptops using AMD’s Ryzen Processors and Radeon graphics have been moving to market over the last several weeks. While not as thin as these Snapdragon products, what they given up in size and weight, they deliver in spades performance. Granted with this performance comes shorter battery life (still expected to outperform most notebooks that have been sold to date).

With this announced relationship with Qualcomm their notebooks also become always connected and suddenly there is another interesting option for the Power User that wants a full x86 Ryzen processor and Radeon Graphics. Between the two offerings, AMD and Qualcomm have bracketed the market and created a very real threat to Intel dominance.

Wrapping Up: Intel Is Screwed!

If these companies can execute Intel is likely in trouble. The key actor isn’t Qualcomm, AMD, or even Asus, HP, or Lenovo. It is Microsoft, if they pivot hard toward these new platforms and back their hardware Intel is exposed. It is interesting to note that had the two companies collaborated on Smartphones rather than going their own ways they might have recreated the Windows PC market on Smartphones but, because they didn’t, both firm’s cell phone efforts failed. This showcases both the power of Intel and Microsoft together and the risk if they can’t cooperate. Right now, Intel and Microsoft aren’t cooperating and that means there is a huge opportunity for AMD and Qualcomm to step in and change the market dynamic.

But, all of that aside, if you get a chance to try one of these new machines take it. I think you’ll be impressed with the battery life, which should be generally better than your Smartphone, with the Qualcomm only solution, and the performance of AMD/Qualcomm hybrid design. I think you’ll be impressed, I was. Damn, I’ve got lust for this stuff bad…

Guide to Mastering SEO: Boost Your SEO with Social Media

5 Diet plan, if you want to lose weight instantly