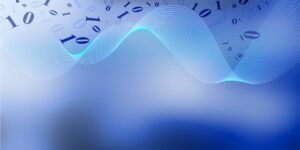 In many ways, the  IBM Z mainframe represents just as unique a product in the enterprise computing market as the iPhone does in its segment.  Unlike virtually all other servers, IBM vertically controls the design, the core technologies and most of the services that wrap it.  The IBM Z has several unique advantages That impact the new generation z15 systems launched this week.

Secure from the start

OEMs build the vast majority of servers with mostly  outside sourced components. These OEMs, if the vendor is strong like Intel, take what the supplier provides with little ability to push back. If the vendor is relatively small, they have the meet the OEM’s specifications.

This process means that while OEMs want the result to be reliable and secure, if they can’t control the component supplier they have no real power to assure this.   This exposure has emerged several times over the last few years with the various Intel security problems like Spectre and Meltdown not only was not communicated timely but the US followed China in the disclosure, potentially putting several nations at risk.  Just last month, yet another major security problem was discovered and the OEMs using these technologies have no way to assure these problems don’t recur.

The inability to secure systems solutions also speaks to problems with avoiding judgements and fines from compliance regulations, like GDPR. If your vendor can’t assure the security of a system and there is a breach, it could be argued that the company was negligent, significantly raising the exposure.

IBM, on the other hand, tightly controls the entire Z mainframe platform design and build process.  They also contain and secure it so while they, too, can have security issues, mitigating, notifying, and protecting against these problems is well within their control.  This advantage means they are less likely to be blindsided, better able to mitigate the resulting problems, and vastly more capable of meeting the security and performance claims they make before the sale.

By the way, I expect, as security-related fines and judgments continue to escalate that other OEMs will have to address this exposure. If they can’t assure their products, they’ll either be taking on unacceptable levels of liability or find they can’t sell into some information-critical markets.

Another of the significant advantages the IBM Z has is its ability to handle massive I/O and user loads.  This advantage goes back to the platform’s roots, and it is both interesting and ironic to realize that as we move to offerings like the Microsoft Virtual Desktop, the need for this capability is going to grow astronomically over the next few years.

This advantage also brings up an interesting point:  that while traditional server benchmarks often favor the dominant technology (which is X86), as a market pivots to a new model, as it is now to cloud-based services, those benchmarks need to change.  I expect that over time we’ll see a pivot to favoring I/O capabilities over the more linear task-based benchmarks we have today.

One final IBM advantage is that the company is currently the leader in another coming transition to quantum computing.  With its IBM Q quantum efforts, the company should be first to apply quantum technology to future solutions. IBM’s Watson effort is already becoming part of its solution baseline for AI and advanced analytics.  You could, therefore, argue that with the next two transitional waves, IBM should have a growing strategic advantage and that the Z mainframe will be at the heart of that advantage.

It is too early to see how that will play out, but with larger server acquisitions there is that concern with regarding premature obsolescence. That has never been a problem with the IBM mainframe, making it seem that the company has the strongest argument that it is better at anticipating and adapting to the future than other vendors.

The IBM z15 launch showcases some unique IBM strategic advantages.  These include a stronger security argument based on their unique control over the platform, to their leadership positions the current AI and coming Quantum transitional waves.  Ironically, the IBM Z may be as much of an advantage for the company today that the mainframe was in IBM’s heyday. We are just waiting for the right set of conditions for the global market, outside of existing IBM Z customers who understand this, to figure this out.

As a side note, it suggests that if IBM were to rebuild the marketing organization that Louis Gerstner once put to work, the IBM Z would have a far greater chance of reaching its full sales potential.

VPN Faceoff: Getting the Most for Your Business