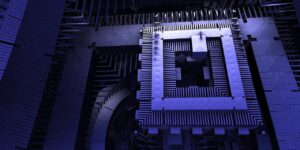 Most of us are locked up trying to figure out what to do with all the time we now have that used to be spent commuting, hanging out with friends, traveling, going to sports events, going to restaurants, and going anyplace where other people were.  As a result, video games are in extremely high demand. Still, this time could also be spent doing things that would make you more valuable or exciting once this COVID-19 event eventually mitigates.

Years ago, my department was discontinued, and for 9+ months, I only had to show up for a few minutes a day to maintain my salary until the powers that be both identified a new job for me and finally jumped through an impressive number of hoops to get me into it.  Ironically, that job sucked, but I look back on those nine months and realize I could have learned a language, learned to play an instrument, or picked up another valuable skill but I didn’t because I had no idea how long I’d be between jobs.

While not timely for me but potentially timely for you, is that my old employer IBM has come up with a way to spend some of that time to become more valuable.  The event is called the Quantum Challenge, and it kicks off next week.  Given there are still few people that understand Quantum technology and that Quantum technology is expected to revolutionize computing, you might want to check this out.

IBM moved access to its Quantum technology into the Cloud 4 years ago to help build an ecosystem for Quantum computers in advance of having a commercially viable solution.  This was to shorten the time when such a solution would be feasible.  If you can create the support and programming capabilities in parallel with the technology, you should be able to cut years off the time it would otherwise take to make that technology viable.

Now what IBM has in its Cloud are real Quantum computers; they just haven’t yet hit the power threshold needed to do much of the work they eventually will be asked to do.  But you can use the existing technology to develop programming, test, and, potentially, even deployment tools well in advance of the time when Quantum technology can be deployed widely.

Over the last four years, IBM has already attracted 250K users who are currently working with IBM’s Cloud Quantum platform.   They now want to significantly expand this user base both to assure an adequate ecosystem exists when Quantum computers are ready for production and to speed up the Quantum development effort.  They also want to get people to start thinking of a “circuit” as the fundamental until of work for Quantum computers so that when these machines become viable, there is a way to measure the performance of these coming Quantum computers comparatively.

The Quantum Challenge is a game that builds from the work they did with their interactive Qiskit Textbook into something that is both fun and educational.

On May 4th at 9 AM EDT, IBM will open its Quantum Challenge.  And it will consist of 4 trials (exercises) each one building on the one before it and each more complicated than the last.

Exercise 1:  This exercise is to get you familiar with the essential elements of Quantum computing, like defining a Quantum Circuit.  You’ll learn what a qubit is, how to apply Quantum gates to it, and how to measure the resulting final state.  You’ll also be introduced to the concept of a “circuit” and able to create one.  When done, you should be able to talk reasonably intelligently about what a Quantum circuit is and for what it can be used.

Exercise 2:  This exercise teaches you about Quantum noise and how it mitigates it.  Noise is what can create errors in Quantum calculations, so users must know about noise and how to get rid of it.  The goal of this exercise is to create a calibration matrix that can then be applied to noisy results (that IBM will provide), and success will be the removal of that noise.

Exercise 3:  Now, we start getting serious and applied cryptography.  Quantum computers, once viable, are expected to be able to both secure information beyond anything that isn’t Quantum encrypted and to rapidly brute force penetrate any pre-Quantum encryption.  (Don’t worry we are still a decade or more from this latter capability, well maybe worry a little).  The goal of this exercise is to create a Quantum key that can be used between two parties to secure a private message.  (I probably just got a whole bunch of the wrong people excited about this, sorry).  Successful completion will be being able to decrypt a secret IBM message.  (I’m hoping it has something to do with the Space Aliens in Area 51 but recognize that is an extremely long shot).

Exercise 4:  This is the most difficult.  It is a Quantum puzzle that can even stymie Quantum experts.  Your task, if you choose to accept it (Mission Impossible reference), is to find an efficient algorithm that provides good decomposition for a universal gate set.  (Don’t worry I have no idea what that is either but, if you do, this exercise is for you).

Quantum computing is coming, and skills need to be developed in parallel so that when they arrive, they can get right to work.  These Quantum computers will be tasked with solving problems that are far too complex for current technology and will undoubtedly change the world.  Those that are conversant with the technology and understand IT are rare and likely to become wealthy.

The IBM Quantum Challenge, and IBM Think’s Quantum track, can help prepare you for that future and maybe put you on a path to become one of these invaluable employees.  Since you are likely looking for interesting things to do anyway, why not look at developing some Quantum skills?

How to Outrank Your Competition in Search Results