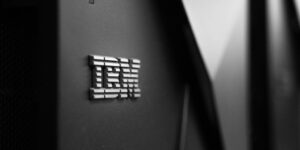 IBM Think is one of the oldest customer communications events in the technology segment. The name “Think” goes all the way back to Thomas Watson Sr. when he was a sales manager for the National Cash Register (NCR) company.  He used it to advise his employees that, to be successful, they needed to use their heads, not their feet, so they optimized their time, effectiveness, and increased their sales close rates.  It became the tag line for the then new, and now over a century old, company.

Over time, IBM has been exemplified as a firm that followed Thomas Watson Jr.’s advice of being willing to change everything but who you are. The full quote was from a 1962 speech that Thomas Watson Jr. gave at Columbia University in New York City to an audience of future leaders, and it is worth remembering here because it’s a rule that every company should take to heart if it wants to survive the test of change that comes with time.

“I firmly believe that any organization, in order to survive and achieve success, must have a sound set of beliefs on which it premises all its policies and actions,” Watson told the audience at Columbia. “Next, I believe that the most important single factor in corporate success is faithful adherence to those beliefs. And finally, I believe that if an organization is to meet the challenges of a changing world, it must be prepared to change everything about itself except those beliefs as it moves through corporate life.”

In the face of change, there are companies that respond to it and those that drive it. Historically, IBM has been one of the former. Since it nearly collapsed in the early 1990s, it has drifted to the latter. It’s far harder to follow fast technology companies than to lead them.  Current IBM leadership is attempting to transition back to that kind of leadership but while that has proven elusive, this transition is critical to IBM’s long-term growth and performance. That effort was showcased at IBM Think this year.

IBM’s efforts in quantum computing both showcase how hard it is to transition back to market leadership and the company’s commitment to doing so. IBM has transitioned into a very different company over the decades since its near-collapse, embracing concepts like Open Source, being one of the leader’s driving diversities in the industry, and having leading programs focused on helping ex-military, minorities, and especially highly qualified women who had to leave the workforce due to family needs that now want to return.

It is also aggressively working with public/private partnerships and Apple technologies like blockchain, AI, and Cloud to address problems like food security, water shortages, and security across a variety of industries and focusing on this decade’s problems. Getting more people to participate in this new creator’s economy is critical to the future, and IBM supports those efforts both directly and with partners because they are critical to IBM’s and the industry’s future. If you can address problems like the inequity in homeownership and farming inefficiencies, you can do well by doing good, which has been a consistent part of IBM’s culture going back to its founding.

At Think this year, we saw IBM’s focus on solving the world’s critical problems, not just improving its financial performance.

The world is increasingly defined by conflict, and tech firms like IBM are focused on improving human existence rather than putting it at risk. This vision is spreading through the technology segment thanks to firms like IBM. Supporting this vision is critical to creating a better future for us and our children.

At IBM Think this year the biggest takeaway was the creation of hope for a better future, something I think we could all use a lot more of as we live through some of the most dramatic socio-political and technology changes the world has ever experienced.