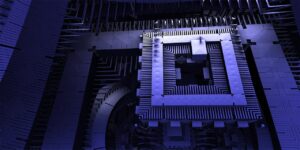 One of my friends sent me an excerpt this morning from when IBM built the iconic IBM 360 that I and many others from my generation learned on, and that defined and enabled the emergence of large-scale computing and founded IT.  It was out of the Sources of Power Book by Gary Klien “In the early 1960s, Thomas J. Watson, Sr., at IBM, realized that a state-of-the-art system (to become the IBM 360) could change business in the way Henry Ford’s standard model automobiles changed transportation. IBM invested more money to build the 360 model than the cost of the Manhattan Project to build the first atomic weapon during World War II.”

Think about that for a moment, to create a revolution in technology, IBM spent more than the US Government spent on the massive (and very secret) Manhattan Project was one of the most massive secret government programs in around the same period.  Not only was the cost incredible but the benefit to IBM was it made the firm the dominant IT vendor for decades and made computing at scale real.

A lot of people don’t get why IBM is making a similar investment in Quantum Computing and has made another huge early investment in AI (Watson), and it is for this very outcome.  You must make big bets if your goal is to change the world, and companies in the class of IBM, Microsoft, and Dell Technologies must make these bets if they want to grow and scope from where they currently are.

But these bets are becoming ever rarer and that, I think, will reduce the probability that the next big advancement will happen here.

I think that at the core of this problem is that there are far too many financial types, particularly Hedge Fund managers, on the boards of technology companies.  This influence by financial types forces the firms to focus on quarterly results and makes it nearly impossible to fund major initiatives like Quantum Computing, which have massive potential benefits that are more than five years out.

The long-term survivability of the firm isn’t a priority for these board members; they want to make a relatively fast profit and move on to the next victim or company.  The result is that rather than prioritizing R&D they will focus more on practices like divestitures and layoff which operationally weaken the firm while better optimizing the firm’s short-term valuation.

I was reminded of this when I looked at IBM’s financial performance this week.  Cognitive Computing, Cloud, and Software all did well; hardware suffered a bit largely because of timing issues and a new System Z release, which held down sales.  But it also showcased the massive investment in Quantum computing and that IBM still pretty much stands alone regarding this level of investment even though the first viable Quantum Computer could change the technology world in an even more pronounced fashion than that old Model 360 did.

I was reminded that HPE was once a leader with Quantum computing research but that an excessive focus on short term gains (like breaking up the company and doing repetitive layoffs) were more attractive for Meg Whitman, and a weakened HPE’s future is in question as they don’t seem to have a long term strategic plan to do anything more than survive and rarely does that work out long term.

To survive and remain relevant as a large scale company, you have to be able and willing to make big bets, and one of the reasons IBM is still around after more than 100 years, something shared with no other Tech firm, is designed into the company’s DNA.  But I worry that IBM is unique that they are feeling similar pressures to their peers and the result will be that the next set of advancements will happen in China and not the US because the Chinese government is far more willing to fund change than the US Government is (particularly now).

IBM forms an unfortunate, for the US, sharp contrast against other peer firms in terms of IBM’s willingness to make big bets on the future.   This willingness to invest in the future is what defined their success with the IBM 360, defines their leadership with Watson, and will (assuming it continues) assure their future success.  But the constant pressure to focus on quarterly results over long term planning is changing the US tech market from a leader to a slow follower, and I worry that if this doesn’t change, the next technology revolution will be driven from China and not the US.  In short, we need more companies willing to make big bets, and as an ex-IBMer myself, I’m tickled that IBM remains true to who they are and continue to fight the good fight.

Why the Internet Has Become Vital for Fashionistas