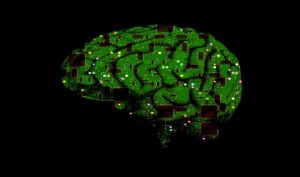 From the abortive launch of Google Glass to the far more successful Apple Watch, wearable technology has captured the imagination of developers and buyers alike. Now, a new technology has been developed that makes wearable tech look prehistoric. Rather than embedding smart tech into an item of clothing, microchips can now embed the tech inside a human being.

A company in Wisconsin wants to inject these microchips into its workers, but is this a step too far?

It’s clear these chips have impressive capabilities, but while wearable garments work in a similar way to our phones or tablets, microchips are entirely different. Rather than implant an entire mechanism in your skin, these chips use RFID technology.

What is RFID technology?

RFID (Radio Frequency Identification) chips emit radio signals which contain information. Receivers pick up this information and process it accordingly. Most commonly this technology is used in retail. RFID technology in retail involves tagging products with these chips. On a simple level they can act as replacement bar codes. In more complex setups they tell retailers how full shelves and stockrooms are, and even prevent theft.

RFID has been used in animals before. It is a legal requirement to microchip any dog over eight weeks old, for example. The dog’s owners will then put their information on a database, allowing them to be contacted should their pet go missing.

Putting RFID chips inside human beings has near-endless possibilities. Just as they do for household pets, microchips could track the location of missing children or on-the-run criminals. But their ability to store information opens up even more avenues. Microchips could function as anything from identification to bank cards.

What are the benefits of RFID chips and why would workers need them?

In July this year, retail company Three Square Market announced it would be the first company in the USA to implant employees with microchips. These chips will allow workers to make purchases, store information, open doors and pass out business cards simply by waving one of their hands.

This gets to the core of microchipping’s appeal. With a microchip acting as your bank card, keys, business card and identification, there is no way you can ever forget any of those things. Making RFID implants part of the company uniform could make a business run far smoother.

Three Square Mile’s project is a pilot scheme which expects to reach 50 volunteers from within the organisation, and it definitely succeeds in positioning the company as forward-thinking pioneers. But in doing so, has it crossed a line?

Many have expressed concern over how RFID implants could infringe privacy. There is definitely a risk of this. Anyone who already has concerns about corporations amassing public data in bulk will no doubt see this as another unjust imposition.

These fears wouldn’t be completely unfounded. At least one company is using the technology explicitly as a monitoring mechanism. Swedish firm Epicenter announced plans to embed 150 employees with RFID microchips. Two of their stated reasons for doing this: monitoring toilet breaks and working hours.

This is simply the other side of the same coin. Microchips can’t find missing people without tracking how much time those people spend in the bathroom. Which raises the question as to whether they are worth it at all.

Are microchip implants worth the risks?

There’s nothing a microchip can do that a single smart device could not. And, crucially, users can put down or turn off a smart device if they don’t wish to be monitored. There’s one area, however, in which microchipping could be indispensable.

If you’re in an accident and you’re rushed to the hospital, an RFID chip that contains your entire medical history would help any doctor take the right course of action. It could even save your life.

The American Medical Association has backed microchip records in the past. With the technology seeing renewed interest, it’s possible we could finally see this as a reality very soon.

Like many forms of modern technology, microchip implants are a mixed blessing. To accept the benefits, we have to accept the drawbacks. At the moment, it’s not something many people need to think about, but as the technology takes off, we might need a collective decision soon.

The Impact of Artificial Intelligence on Financial Lead Generation and Nurturing.