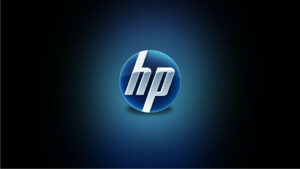 Most every large technology company has discovered that environmental/social/governance (ESG) programs drive revenue. HP Inc. reports that its efforts represent around $3.5B in revenue in 2021 and its peers are reporting similar numbers. However, a firm like HP Inc. uses a massive number of suppliers, and no matter how much work HP does in this area, its true strength in driving change comes from getting other companies to follow their lead. Suppliers are tied to the large companies they supply, giving companies like HP Inc. an incredible amount of power to drive positive change. HP Inc. announced they were doing exactly that this month.

HP vs. Apple partners showcase an interesting difference between the firms

I’ve worked with and met partners from most technology companies over the years, and most of the big tech firms have decent partner programs. But HP Inc. has impressed me with how much its partners consider themselves part of HP Inc.’s family, while Apple’s partners often complain of poor treatment and abuse because it takes a far more predatory approach.

When working with partners, HP Inc. works to assure they are profitable and successful, while Apple often seems to view partner profit as if it was stolen from them. When it comes to profit, Apple behaves as if it should get most, if not all of it. Due to this alleged abuse, there is an old saying in Silicon Valley that no one does business with Apple twice.

At an event I moderated, I recall Intel’s Andy Grove deeply regretting working to bring Apple on board as a client, referring to it as one of the biggest mistakes he’d ever made. It was one of the rare times I’ve seen one of the most well-regarded CEOs in the industry go off on a major client due to how his firm was treated. While Apple’s move away from Intel was embarrassing for Intel, I must believe there were many in Intel that were glad Apple left. Working with a company that believes your profits are stolen from them must get old fast.

HP Inc., in sharp contrast, realizes that it is wedded to its partners and that if a critical number of them fail, HP Inc. could fail as well. HP Inc. also recognizes that a partner in financial distress will likely miss deadlines or create sub-standard components due to poor staffing and the need to save every penny possible to stay in business. This level of empathy for its partner base allows HP Inc. to do things that would be problematic for Apple, like asking the partner companies to comply with HP Inc.’s ESG directives. The partners know that HP will have their backs, while Apple’s partners will instead think that a similar effort will only cut into their profits, not Apple’s.  Apple is currently in litigation with one large partner over their app store which has also led to government and Antitrust actions which could eventually force Apple to allow competing stores or to spin out their store in order to mitigate the partner abuse.

HP Inc. recently announced it will expand its Amplify Impact ESG effort to an additional 24 countries all over the world. This brings the total number of countries positively impacted by this effort to 43. The effort has the first of its kind partner assessment, resource and training program designed to reduce waste, which is part of HP Inc.’s overall effort to become the most sustainable company by 2030.  HP doubled the goal of partner participation in this first year of the program from the 10% initial target to 20%, showcasing the power of its partner effort as well as the loyalty of these partners to HP.

Taking the HP Amplify Impact Pledge provides partners with two paths. The first, called catalyst, focuses existing programs on common goals and provides for the extensive use of HP Inc.’s resources to help with the effort and awards for successful in-program accomplishments. The other path is for partners who don’t yet have an ESG program and helps those companies set one up.  Both programs provide training, sales tools, marketing assets, and full access to HP’s Sustainability & Compliance Centre (SCC ), HP Life, and HP Planet Partners.

ESG programs are critical to reducing pollution and reversing Global Climate Change. No vendor can be successful in such programs if it doesn’t include its supplier partners. HP Inc. has not only asked its partners to follow its lead in enhancing or creating compliant ESG programs, but it has also provided the tools and resources necessary to optimize the related efforts. The reason HP can do this is because it treats partners like family, not a resource to be mined, and that tends to make the partners far more willing to follow HP Inc.’s lead. They trust HP Inc. to have their backs. In contrast, companies like Apple which allegedly bullies its suppliers, will likely have a far harder time getting them to embrace ESG programs because they would be at the suppliers’ cost alone.

It is interesting how HP Inc.’s general policy of treating suppliers well has huge benefits when it comes to shifting focus to efforts like ESG. Often, I’ve found treating people like you would like to be treated and avoiding the abuse of power can lead to far more progress on initiatives like ESG. Something that firms like Apple should, but probably will not, learn.

What Essentials You Should Know About the Australian Citizenship Test?