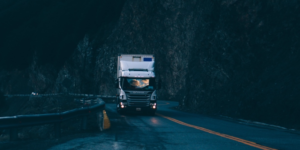 It’s an exciting time to be a gearhead. The electric car has become an affordable reality for many, and automakers are giving us, even more, to look forward to. Hydrogen fuel cell technology has the potential to produce supercars with unparalleled performance. Self-driving concept cars tease us with modern luxuries designed to keep us entertained.

Manufacturers love giving us a glimpse into the future, but they don’t want us to see over the horizon. If competitors caught wind of their latest innovation, they’d risk losing market share. Journalists can always speculate about what’s to come, but there is a better way to see what the future holds. Many of today’s emerging technologies are being developed for the transport industry. Take automation, for example. Sure, consumers would be happy to pay a little extra for a self-driving car. But think about how many transport trucks are on the road. Considering how much the biggest trucking companies pay their drivers, there is huge money to be made for whoever develops the best automation system.

Once a technology hits the market, manufacturers look to expand into additional markets. This means that whatever high tech innovation finds its way into transport trucks, will likely be used in consumer vehicles. Using the transport industry as a guide, here are the major changes we expect to see:

A New Source of Fuel

Oil is on the way out. It won’t happen today, and it might not happen tomorrow. But at some point, we’re going to need a new source of fuel. Currently, the most promising technology is natural gas. We already have large supplies of it, and the technology is there. If you really wanted to, you could convert your vehicle to run on natural gas today. But it may be a few years before fueling stations become common enough for cross country trips.

The most promising fuel source is electricity. Tesla’s already proved that an electric car is viable, but the trucking industry is proposing a unique fueling system. Power may be supplied via contacts in the road. When you’re driving, you’ll be charging your car. This will eliminate the need for fuel ups unless you plan to go off road.

From a technical standpoint, self-driving cars are good enough. They’re safer than human drivers and provide a comfortable ride. The issue is legislative. The law states that you have to be in control of a motor vehicle. For now, you’d be breaking the law if you don’t maintain control. Until some serious research is done into safety, this isn’t going to change. The transport industry has come up with a unique compromise. The computer can handle the steering and the brakes, but a high-end information system will provide you with high levels of detail about how the vehicle is operating. You’ll see the torque at each wheel, traction, transmission information, and more. Anything you want to know is available at the touch of a button. You’ll also be able to change the way the vehicle is running.

If you’re a driving fanatic who prefers a manual transition, these information systems will give you more control over your vehicle than ever before. With this, the sports car of the future will certainly be something to marvel at.

When was the last time you were stuck in a traffic jam? Generally, traffic tends to move in waves. You put your foot on the gas, pull forward, and then have to hit the brakes moments later. Technically, if everyone just started moving at the same time, you could get right up to speed. But it’s impossible to coordinate that many people, all at the same time.

This is where technology comes in. Platooning involves vehicles talking to each other. Like a train, the person at the front of the line will dictate the speed. As you sync your car up with the one ahead, your car will be able to follow very closely behind, with almost no risk. Because there is communication, if the car in front you slams on the brakes, you will at the same time.

Platooning will be a popular option for high-speed travel, and may prevent traffic jams. While these technologies are still in development, it’s clear to us that the roads of tomorrow will be very different.