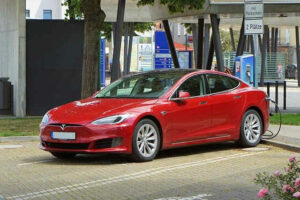 Qualcomm had a huge event this week on car technology; much of it has to do with autonomous cars, including electric vehicles and car entertainment improvements.  Qualcomm refreshed much of their technology and now claims that they can support Level 4 autonomy, which is about as far as we are likely to go this decade.  Level 5 autonomy isn’t a technology limitation as Caterpillar at CES demonstrated Level 5 capability with their autonomous industrial solutions in production.  But their vehicles only work off-road, and liability concerns are expected to prevent Level 5 vehicles (vehicles that can both go on and off-road autonomously) for the foreseeable future.  Our way to Level 5, like autonomy, is more likely to flying cars, which can more easily go almost every place including over bodies of water safely.

But many things are happening at once, suggesting it may be time to clean slate personal transportation. Let’s talk about that this week.

A Ton Of Changes At Once

Over the last 40 years, there hasn’t been a lot of change in automobiles.  A car you bought in 1960 worked just fine (granted with a gas additive) in 2005.  Yes, there were many little things, more reliable engines, better gas mileage, improvements in brakes and safety equipment, and updates in-car entertainment.   But cars still need help in the snow; they still mostly have engines in the front, are still mostly front, rear, or 4-wheel-drive, and still require a human to drive them.  If we go back to the beginning of the last century, we mostly started with horses, and a couple of decades, most of the horses were gone, and we have affordable cars like the Model-T.

We are going through a similar change now, with multiple vehicle types racing to displace the ICE (internal combustion engine) cars we currently drive.  The changes are moving back to electric cars (I say back because we had gas, electric, and even steam cars at the beginning of the auto age, but gas won, which was a terrible thing for both the environment and the geopolitical environment.  Most things having to do with gas cars were environmentally unfriendly. Like tobacco, this resulted in colossal influential petrochemical firms that effectively covered up the problems until it was almost (and it may be) too late to correct the environmental damage.

But it isn’t just electric cars that are coming. Advancements in autonomous technology and electric flying vehicles are moving at a similarly fast pace.  It is increasingly likely that by mid-century, roads will mostly be obsolete.  This advancement could massively reduce the cost of maintaining our aging transportation infrastructure and turn what are now automotive nightmares during gridlocked traffic jams into linear parks or low-cost housing.

Working with firms like Google (Android)  and Blackberry (QNX), Qualcomm is revolutionizing the personal transportation industry.  While they are initially focused on advanced electric cars and autonomous capability coupled with significant advances in-car telematics and entertainment, this technology could also be used in advanced autonomous flying cars.  I should add they are also working with Amazon to put Alexa in cars as an interface.  This last is more important than you think for while we have had voice command in cars for some time drivers underuse it because it isn’t very convenient or obvious how you’d use it.  But a ton of folks know how to use Alexa, making it far more likely voice command will be used when cars like the Cadillac Lyriq and Celestique show up.  (I have lust in my heart for the Celestique).  Oh, and I should note that Cadillac currently is well ahead of Tesla in autonomous driving, Tesla gets the coverage, but GM did the job a ton better.

They also are working to address the rats nest of wiring, multiple networks, and computers that complicate today’s automobile while also making them easier to upgrade and far more sustainable.  And this comes when battery technology is advancing, making electric cars’ future ever brighter and electric personal flying vehicles ever more possible.

Qualcomm’s advantages come from their early telematics efforts, which gave them a leg up and their holistic approach to the solution.  Rather than just thinking about autonomous driving or the cockpit, they addressed all aspects of the future electric cars’ control needs. As a result, their solutions should be easier to install, upgrade, and maintain.  And this should not only provide cost and reputation advantages for the vast number of carmakers that they work with, particularly GM, who is moving impressively quickly, but it should reduce the cost of these capabilities for buyers.

Even their Smartphone experience is playing out as a vehicle to vehicle technology (C-V2X), and breakthrough wireless solutions like Thread move to make cars safer and less expensive to build.

Other coming changes are moving to composites from metal for car construction, massive battery improvements, and considerable improvements to charging infrastructure.  Oh, and even car ownership changes as we move to cars as a service.

Qualcomm made compelling arguments this week that they will help change the automotive landscape as we know it.  These arguments highlight one of the firm’s unique advantages that evolved with their cell phone business, the unique ability to work hand in hand with manufacturers to co-designing future offerings that are optimized out of the box.  Most others seem to be far less engaged with their partners because the markets they support are more componentized and compartmentalized.

The result is an extraordinary effort resulting in unique lust-worthy cars like the Cadillac Lyric and Celestiq. From a personal perspective, the first time in decades I’ve lusted after a GM car.  Well, that’s not entirely true; I do lust for the new C8 Corvette, but now I know an electric sports car is coming, I’m waiting for that.  The future of driving, or being driven, or being flown to work is bright, and it is coming at a pace we haven’t seen since the beginning of the last century.  This decade will be incredible!

What Are The Benefits Of Residing In A Senior Living Community?