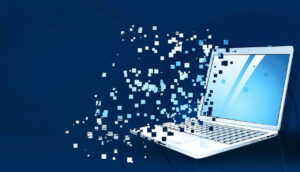 This week Intel’s dream CEO Pat Gelsinger went public with his vision for Intel’s future.  It is rare you get a vision statement like this from a new CEO this early in their term as it usually can take a great deal of time for the new CEO to learn the firm’s capabilities and problems to craft such a plan.  But Pat Gelsinger was one of Intel’s designers and, as CEO of VMware, he was able up to date on the firm’s problems and reduced capabilities.  The birth of virtualization was tightly tied to overcoming the problems created due to Intel iterating its technology.  This background means he was both well-founded in Intel’s history since he helped write it, and Pat was up to date with Intel’s more recent issues, given he was CEO of VMware.

Interestingly, he had the CEOs of both IBM and Microsoft in the event with him, and together those three companies are considered to be the parents of the modern PC age.  They created a revolution before; could they do it again, this time with The Cloud?

The relationships between Intel, IBM, and Microsoft have been almost like bad relationships.  IBM created the platform and then lost it to Intel and Microsoft after Microsoft rebelled against IBM’s control over OS/2.  Then Microsoft and Intel, who had been increasingly aggravating each other since that earlier time, fell apart during the launch of Windows Vista when the then CEO of Intel, Paul Otellini, refused to be on the same stage with AMD’s then CEO.  Steve Ballmer, Microsoft’s then CEO, started calling Otellini Torelini, and things went south from there.

But all three companies have different CEOs since those times; both Microsoft and IBM have pivoted hard toward collaboration and open architecture strategies. Pat Gelsinger is rather famous for his ability to build alliances from when he was at Intel, creating IDF, to his time at VMware, whose success was primarily connected to the companies VMware sells through.

As a result, the problems that caused the breakups have been mainly eliminated both; personally, the CEOs are more collaborative and less winner take all focused, and organizationally as the firms pivoted from going it alone to increasingly leveraging ever stronger partnerships.  Suddenly all three firms are vastly better partners.

Back To The Future

It is interesting that ever since we moved from Mainframes to PCs, the industry has been seemingly designing a path back.  The Pandemic forced a massive change in where we worked and how we collaborated.  This change showcased the massive management problem by having many hardware remotes and tech staff working from home.  The amount of breakage was impressive. This breakage has substantially accelerated the interest in Cloud-hosted clients, which in their ultimate form, are very similar to terminals in that they require a Cloud connection to function.

So this sets the stage for what may seem, after the fact, to be a surprisingly rapid pivot to a new PC architecture, one that is more tied to Cloud than desktop technology and performance.

Laying Out The Solution

With Intel focused on new desktop and server hardware that will better work in a blended Cloud solution, Microsoft focused on the Virtual Windows platform and Cloud connection to Azure and IBM, showing value in their actual terminal experience, multi-cloud solutions, and security-focused cloud offerings the potential for a unique disruptive solution is set.

Given their collective focus on AI, the result won’t just be an invisible flip from desktop to cloud computing either.  It should eventually come with significant enhancements enabling the AI to streamline work and eventually anticipate and execute decisions autonomously.  This last likely won’t emerge until the second half of the decade, but the Cloud pivot should begin long before 2025.

One of the most significant pivots in the technology market’s history was driven by a mature IBM and relatively young Microsoft and Intel.  Now all three companies have grown up, become far more collaborative, and far more strategic.  One of the most strategic may well be this latest broad collaboration between the three companies and change personal computing forever.

We should see the beginning of this pivot before 2035, but many tangible benefits, including the integration of applied AI, aren’t expected until the second half of the decade.  And if you are worried about your current hardware, don’t, as it is far easier to turn a PC into an appliance than an appliance into a PC.

If you don’t like change, you really won’t like the next few years, but if you are looking for a far easier desktop platform to manage, either on-premise or remotely, that is coming, and when it happens, it will seem sudden, but it has been decades in the making.

How Adopting a Stray Dog is a Noble Idea

Mike Eisenga Explains: When is the Right Time to Invest?