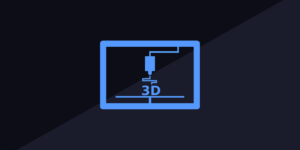 This week I had a chance to see one of the most interesting efforts to move a vertical market toward a more advanced technology. That market was manufacturing, and the technology is 3D printing. HP has a significant effort in Barcelona, Spain which involves working in partnership with a number of other 3D printer companies and solutions providers to enable manufacturing to overcome the kinds of logistics and support nightmares that occur both due to the unusual number of natural and manmade disasters we have been experiencing and the need to support products long after they are sold.

The effort is called IAM3DHUB and it is supported by the Spanish government in what is one of the most impressive efforts to assure a country benefits from the coming disruption of more advanced technology.

Let us explore HP’s 3D effort in the context of IAM3DHUB.

The problem with transitioning a complex industry

3D printing is a game changer but, right now, it is used for prototyping which is low-volume work that has historically been done by fabricators. Industrial 3D printing equipment is not cheap, and while small companies survive making 3D printers focused on prototyping, the goal is to transition 3D printing into a production-level technology so that it can be used in general manufacturing.

HP’s effort is targeted at this more important and potentially far more profitable and powerful effort but, to do that, the industry must introduce it into the production process and displace whatever process, equipment, or supplier that currently makes the parts the 3D printer will be asked to make.

This means there are a massive number of potential dependencies, ranging from how the parts are qualified and assured, to how the parts are integrated into an existing manufacturing process. Having to shut down or slow down a line to accommodate a new technology is, for manufacturers, an unacceptable risk, so they must be confident that the technology is not only reliable but can work as part of an existing process.

Granted, eventually, 3D printers will take on much of this process and the process will have to eventually be redesigned for that future, but neither the industry nor the technology is yet ready for that future technical revolution, which means no vendor, not even one as capable as HP, can possibly do this alone.

The IAM3DHUB is an impressive effort that brings together a large number of companies that can address a far broader set of manufacturing needs collectively than any one vendor can. The companies involved cover a variety of different materials and sizes ranging from low volume large parts, to prototyping equipment, to materials validation, software creation, testing, materials creation and analysis, and targeted expertise in markets like automotive and medical where the need for 3D printed capabilities ranges from parts for older machines to parts for older people (prosthetics and replacement joints).

Collectively the vendors at the facility could build most of the non-electronic or electrical parts of a car ranging from body parts to, using carbon fiber tubes, the load-carrying parts of a vehicle. Imagine how critical this technology might be to countries at war (like Ukraine) where the only way to get replacement parts is from another country.

But as we watch factories shut down because they cannot get parts, having 3D printers that can step in and provide those parts could make the difference between those companies surviving or not during times of localized pandemics or wars that make manufacturing and delivery of those parts impossible.

And, if we look at the efforts to put bases on the moon and mars, the ability to print parts will be critical to keeping those bases viable because the cost and time needed to ship by rocket would make them non-viable pretty quickly as too costly or unable to respond to catastrophic problems quickly enough to save the bases.

The only way to move quickly in an industry like manufacturing with a new technology is through partnerships that can collectively address all the integration aspects of that technology. Otherwise, it will be overlooked until the industry itself steps up. It has happened, like when the industry moved from using water and steam to electricity. But it took decades.

By working with IAM3DHUB, HP has shown it’s willing to partner to make the transition to 3D printing in manufacturing viable much more quickly. While it won’t result in overnight changes, it should reduce the time needed to make this transition from decades to years, and for some companies, from years to months, creating the baseline of successful implementations in less time.

The Spanish government and the companies supporting this effort should be credited with having the vision to assure a faster evolution of 3D printing into the mainstream and affirms that Spain is one of the countries leading the charge into the amazing future of this revolutionary technology.