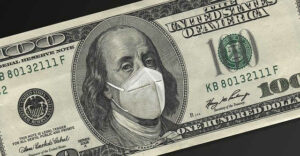 COVID-19’s economic impact has been nothing short of devastating. Businesses have been shut for months; employees have been laid off by the millions.

Still, not all areas of the economy have fared the same. In the gig economy, demand for things like grocery delivery is greater than ever. But many of its members lack financial security and employer-sponsored health insurance, which could tempt them back to the traditional workforce.

Will the pandemic build or bust the gig economy? The truth is, it’s a mixed bag. Let’s take a look.

How the Pandemic Has Helped

In some respects, the gig economy looks awfully good right now. Here’s why:

Workers who’ve been laid off as a result of the pandemic and those who haven’t are both looking for new income sources. Ideally, they’d like those income opportunities to be ones they can claim from home.

Gigs can be taken either as a side hustle or a primary occupation. They can be done at night or during the day; on the weekend or during the week; from rural America or while sitting in a big-city apartment. The gig economy’s flexibility lets it act as a lifeline for all sorts of workers.

As the economy slows, companies are looking for new ways to reduce their expenses. The gig economy does so from multiple angles.

Take benefits. While employers are required to provide health insurance by law to traditional, full-time employees, there’s no such rule associated with gig workers.

Another is office space. Most gigs can be done from anywhere, enabling employers to cut down on everything from rent to utility expenses.

Finally — and most significantly — gig workers can be hired for a single project. Especially for one-off projects like app development or logo design, gig workers enable employers to get the job done with no long-term employment obligation.

During the pandemic, some areas of the gig economy have enjoyed never-before-seen growth.

Take food delivery. In March alone, to-go orders increased by 67%, with the average order cost up by 15%. While trapped inside, many Americans have splurged on restaurant orders as a small luxury.

That growth isn’t likely to disappear once the pandemic passes. Now that more people are familiar with the process, at least some of them will continue to prefer delivery to takeout.

The biggest challenges create the greatest growth. In fact, many of America’s most innovative companies were founded in a recession: General Motors, Disney, HP, Hyatt, and Trader Joe’s, to name a few.

This time, the gig economy is stepping up. Sites like InnoCentive give gig workers cash for solving challenges that they haven’t been able to figure out internally. And because gig workers earn more the more projects they complete, they’re great at spotting efficiencies.

Gig workers and their employers agree on at least one thing: The gig economy is far from perfect. The good news is, COVID-19 has put these concerns front and center for policymakers and voters.

Aside from the obvious one — lack of employer-sponsored health insurance — gig workers often struggle to qualify for loans because of their unstable income. On the employer side, quality control can be a challenge because companies have less control when working with freelancers.

Growing pains are never fun. But society-level problems like a pandemic have a way of rallying everyone to solve problems that would otherwise stagnate.

Problems the Pandemic Has Wrought

While the pandemic has boosted the gig economy in some ways, it’s thrown a wrench in other areas. These issues are particularly concerning:

When the pandemic first hit, some sectors of the gig economy saw a flood of new faces. Workers in those areas have found it difficult to earn enough to make a living.

In a healthy economy, there’s just enough supply to meet the demand. When either outpaces the other, imbalances create headaches for workers and employers. In this case, the result is likely to be lower pay for workers and a rash of unqualified applicants for companies.

While some sectors of the gig economy saw demand skyrocket, it’s plummeted in other areas. Weddings were postponed, concerts were cancelled, and gigs were called off. Everyone from event planners to audio-video technicians were left holding the bag.

Some of those industries will never be the same. Workers in those fields will be forced to retrain, which makes the economy less efficient. What’s more, displaced workers tend to likely to reach for fields similar to their prior ones, causing a ripple effect of disruption.

Although Instacart and other gig employers have done well for themselves during the pandemic, that can’t be said for every company that plays in the gig economy.

Airbnb, for example, is struggling to convince anyone to rent a room at a time like this. Etsy sellers can’t seem to move their crafts at any price. TaskRabbit’s home services have seen a dip, given that a large portion of their customers are now home all the time.

The gig economy runs on trust. That’s becoming an issue, given that Americans’ trust in institutions is at an all-time low.

Gig workers will refuse to do business with companies they’re worried won’t be able to pay. Likewise, companies are afraid that their contractors are simply out to make a quick buck wherever they can.

With that said, trust tends to fall any time the economy does. Although there’s an argument to be made that this recession is different, it’s likely to rebound as business picks up again.

The pandemic has been a blessing and a curse for the gig economy. Although gig work is still likely to grow in the long-term, there’s a lot more to the story. How long the gig economy’s uncertainty lasts will be determined by how long the pandemic itself sticks around.