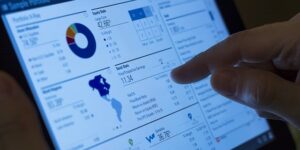 Talking about the days when managers had to do bookkeeping manually would be sheer foolishness. Even hard coded software to help in transaction process in banks is a thing of the past and talking about this may make you seem a luddite. Software that can learn on their own is the new fad. Today, there is hardly an industry yet to be touched by Artificial Intelligence. In the last decade, AI has enabled financial institutions to strengthen their infrastructure and it has changed the accounting industry for good. Here is how AI has done so.

AI-powered software like YSEOP have automated the report writing and translating data into actionable language that can be easily understood by the end user. The German B2B company, Smacc claims that its Neural networks Algorithm can reduce up to 90% of processing time and cost of financial report generation. There are several other AI-based startups which help companies extract meaningful parameters from the bills and invoices and further, helps them in the categorization of financial documents.

Missing out a single detail due to ambiguous or complex tax laws can cost big firms arms and legs. People in suits at the audit and tax advisory firms may be good with their number crunching skill but certainly are not free from committing errors.

One of the key challenges to audit an industry is data accumulation and preparation. Unless there is a concrete evidence, the government won’t encash your paid tax. Under such circumstances, several consulting firms like kpartners.com.au have started steering towards AI-powered software to save millions of bucks for their clients. AI-based chatbots with Natural Language Processing as their core technology, help auditors extract meaningful information and perform risk assessment. KPMG, one of the Big Four, uses Watson, an AI- based system by IBM that has been trained with over 600,000 pages of documentation to validate its machine learning algorithm.

Now auditors don’t have to spend a majority of their time (around 80%) decoding tax laws or researching problems. Now, these AI-powered software’s have helped them to give maximum time to solve the problems instead of researching the problems, a trend reversal of that practiced a decade ago.

3. AI in Risk Analysis and Prediction

Risk analysis is the study of the underlying uncertainty in cash flow, say the risk associated with investment in a particular stock. Risk analysis also involves quantifying the factors that may lead to various losses in an organization and thus, help the organization in making optimal decisions.

Several market leaders in risk management have leveraged AI-powered tools to proactively manage risk and thus, boost their organizational productivity. Cognitive technologies like Natural Language Processing helps to derive insights and sentiments from unstructured data. One of the major advantages of letting machines dictate you is the streamlining of decisions and thus, eliminating subjectivity in decision making.

Conversational digital assistants can help banks and other financial institutions to deal with repetitive queries 24×7. Answering the same questions, again and again, is tiresome for a human and the response is likely to change depending on the mood of the person. Further, these chatbots are fed with machine learning algorithms and trained on massive data sets to churn out customer specific schemes. Since many chatbots are integrated with Facebook messenger, it makes customers easy to make queries as they are already familiar with the Facebook interface.

Indian banks lost almost 17,000 INR due to banking fraud during 2016-17 fiscal year. Several other banking frauds like the bankruptcy of Enron and Ponzi scheme by Bernard Madoff could have been prevented if they could have been detected earlier. However, today machine learning algorithms can prevent such mishaps based on transaction history. Popular hedge companies like DE Shaw, Man AHL and Point72 have automated their trading opportunities through AI-powered software that can predict market sentiments based on complicated factors.

Several market strategists are skeptical that AI is a threat to the jobs of accountants. However, automation of accountancy powered by AI, as stated above, is going to bring an evolution in the job roles rather than making them obsolete like people making shifts to advisory roles from mere balance sheet maintenance.

8 Useful Tips On How To Maintain A Good Liver Health

The Benefits of Credit Unions vs. Banks