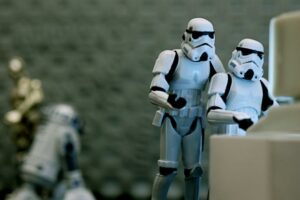 In the Worldwide Developers Conference, Apple announced various new features in relation to its products. The enhancements are generally focusing on customers. However, many of these announcements will benefit business users and improve the overall productivity.

Mac Operating System is getting new features. The unified clipboard will aim at increasing user productivity. Meaning, the images or text you have copied on an iPhone will now be directly pasted on a Mac nearby.

Siri gets all the new flabbergasting features including MacOS, tvOS, and iOS. Siri will soon be available on Mac with virtual assistance. Siri will now be working in the desktop environment, where users can pin results into the Sierra sidebar for notification center.

The user will be able to drag images searched using Siri into other applications directly. This is an effect way to copy images into a presentation or document without having to save them first on the computer.

The SiriKitAPI will enable you to connect your applications to the virtual assistant. This will make sending messages or order food much easier.

Swift playgrounds will provide great features for budding programmers. This will include a guided development course teaching basic coding concepts. Programming on iPad is not only for beginners, but there are treats for experienced programmers as well. They will now be able to use complete development kit of iOS software.

This new improvement will allow developers to build and publish and entire app through iPad. Also, coders who want to get out of the Mac confinements will find sanctuary here. This feature points out that Apple is preparing a new platform for developers.

The Apple Watch has its own set of assorted refreshments. The unveiling of watch OS 3 includes background app updating. You can select your favorite apps for this feature, in turn allowing these apps to respond quicker.

If you are an iWatch owner, you will now be able to send a message from your watch. With the new “Scribble” feature, you can scribble Mandarin or English characters on the screen. This is in addition to the already existing voice input and quick reply. Easy for people who do not want to talk to their wrist in public or do not want to pull out their iPhone.

The all new iOS 10 that will include CallKit, is ready to be launched later this year. It is expected to be a part of the new iPhone 8 which will itself adorn a host of features.

The CallKit framework will allow VoIP developers to receive calls via communication apps on iPad or iPhone. Applications will be supporting CallKit, one such application is Cisco Spark.

What else can be done?

Many more enhancements were announced. People will now be able to view 2 side by side browser windows. This will be possible in iPad Safari’s Spilt View, Slide Over and Apple Note application’s live collaboration.

There are many more fascinating bequests that Apple has in-store for its customers.

Although these new improvements could use some improvement of their own. The Siri desktop integration might not be as useful unless some much-needed enhancements are done to Siri. Siri is still the same and does not help with good navigation half of the time.

The clipboard update is genuinely good and immensely useful. But, the coding enabled iPad is something that people would require some getting used to. Personally, I would not try my coding skills with a tablet, at least not yet. Mac is there for experienced developers.

However, this infographic by repairly provides a great visual information about h9ow upcoming iPhone 8 speculations have created a buzz. This new iPhone edition is expected to be far above everyone’s imagination.