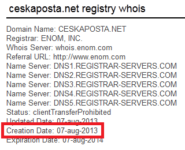 3D printing, also known as additive manufacturing, is the process whereby a 3-dimensional object is created through adding layers of its material via a computer-controlled procedure. These objects are created using a digital model obtained from a CAD or 3D model.

The computer operates a printer that deposits binding material onto a powder bed, layer by layer. It might sound like a new concept, but 3D printing has been around for the past three decades. Additive manufacturing was first used in Japan by Hideo Kodama. Interestingly, one of the earliest patents for 3D printing was issued in France but the idea was never followed up due to ‘its lack of business perspective.’

Nevertheless, this is no longer the case as 3D technology has improved by leaps and bounds since the 80’s. we can now print metal, plastic, food, and even human tissue. In fact, some large corporations have already incorporated 3D printing into their manufacturing processes with a lot of success. They include:

1. General Electric, who have expanded their 3D printing capabilities. The company now uses the technology to manufacture fuel nozzles for jet engines. The nozzles are created out of one piece of metal and are stronger and lighter than those produced using traditional methods of manufacturing.

G.E is still involved in research on how to make the current printers even more powerful to make for faster and more reliable manufacturing.

2. Boeing is another bigshot utilizing 3D printing to make their airplanes. For instance, the 787 Dreamline has close to 30 parts that have been designed through additive manufacturing. The company even created an entire cabin using the process, however, that was for research purposes.

Additionally, Boeing is in partnership with several universities in the UK to support research projects in additive manufacturing in the country. These projects have generated impressive results including the hybrid 3D printing procedure that enables structural, optical, and electrical elements to be introduced into the creation process.

3. Nike is yet another manufacturer that is incorporating 3D technology to produce sports shoes. Thanks to the ‘Nike Vapor Laser Talon’, Nike has been able to create a plate that can enhance a football player’s performance.

The company utilizes Selective Laser Sintering Technology to revolutionize the way cleat plates are designed. As such, it gives Nike the capability to create solutions that would not have been feasible in the realm of traditional manufacturing. The shoe company is considering incorporating additive manufacturing into its other products.

4. Ford has also been utilizing this technology to create engine covers for their cars, case in point; the 2015 Ford Mustang.3D printing has allowed Ford to save on huge amounts of money, effort, time, and waste that go into making these pieces.

Given the success of this project, the company now wants to test additive manufacturing in the creation of even larger parts to cut on costs even further. Other carmakers such as McLaren are using this approach too.

All the organizations above are enjoying the benefits of additive manufacturing in different ways. However, what cuts across the board is that 3D printing allows companies to save time and money while making prototyping and customization much easier as compared to traditional methods of manufacturing.

Agreed, 3D printing does make for an amazing technology that will no doubt have a great impact. However, is additive manufacturing a luxury meant only for large corporations or can startups utilize this technology to their benefit as well? Let us look at some cases:

1. Organovo is a startup that works in the field of creating biological tissue using 3D printing. The company creates bio-printed substances that can be utilized in surgery and other medical procedures.

The bio-printed materials imitate human tissue and offer even better performances than synthetic prostheses. The company is also looking into how to print liver tissue to be used in transplants.

In line with 3D printing of tissue, scientists have also been able to successfully print an electronic circuitry on the human hand. With further development, this technology will be used by soldiers to sense threats in the battlefield such as chemical weapons.

2. Shapeways is an ecommerce venture where you can make, buy, or sell 3D-printed objects. For instance, you can design a virtual model of the product you desire and Shapeways will 3D-print it for you. As such, this platform is ideal for designers that need to make and sell their products without incurring the excessive costs of manufacturing.

3. Bioprinting has seen the rise of startups such as Food Ink and Foodini who are capitalizing on the success of food printing to create food-printing machines that can be used at restaurants as well as homes. Both startups say that the machines will produce natural food that is fresh as well as saving on money, time, and food.

4. Other companies benefiting from additive manufacturing are those that create and sell customizable retail products. For instance, Banneya is a firm based in London that sells customizable jewelry. A client can design their own product and Banneya prints and delivers it to them.

Sols is another company utilizing this technology to create shoes for both women and men. They use a mobile app to capture your measurements and then put them into a model that will create a pair of shoes that matches your exact dimensions.

From what we have observed above, the vast potential of 3D printing remains untapped for the most part. In case you fell off midway through the post, here are the transformative effects of additive manufacturing:

1. This technology has led to service and product innovation which allows for mass -customization. As a result, the value of the product created is much higher than that designed through mass production. This makes for satisfied and happier customers.

2. Additive manufacturing allows you to effectively target niche segments. This is because it involves on-demand production. Thus, you do not have to deal with the demons of mass production such as high costs of production and risking having surplus wares. 3D printing manufacturing typically occurs whenever a customer requests for a product.

3. Additive manufacturing has enabled distributed manufacturing. This means that a large product can have its parts created simultaneously via multiple printers. This alleviates logistics and storage headaches in addition to cutting on these costs.

3D printing is a technological concept that seems straight out of science fiction. But, the reality is that it is here, and it is gaining traction fast. The possibilities of what you can do with this technology are seemingly endless. It is up to you to get your creative juices flowing and come up with an idea that you can use to change the world.