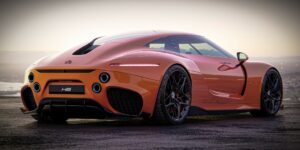 Next week is NVIDIA’s big GTC event, and there will be a ton of content on AI, the metaverse, digital twins, simulations, graphics, and super-computing. It is also the definitive event on autonomous vehicles and robotics, and this is all happening during the Russian attack on the Ukraine which provides an interesting and troubling context to the future of safe driving. I’m specifically talking about the ability to avoid accidents and hostile areas even if you are out of range of a wireless network or that network is no longer functioning.

Let’s talk about the kinds of things you’ll likely see at GTC this year with a focus on autonomous vehicles and robots, and close with how this technology could help people dealing with a catastrophe, be it a war, major weather event, riot, demonstration or other disruption.

This GTC is well-timed considering that, just a few weeks ago, the U.S. NHTSA (National Highway Traffic Safety Administration) approved the first vehicle to drive without a driver. It is a low-speed, public transportation vehicle, but this begins to open the door for driverless cars and trucks. GM has announced it will have autonomous capabilities by mid-decade. Audi recently announced they are already working on Mixed Reality capabilities for their cars, due this summer, which would give people who no longer need to drive something to do.

This segment is under intense pressure as car maker after car maker rushes to ramp up their autonomous driving capabilities and move into the future. NVIDIA has the most comprehensive set of systems ranging from simulation AI creation and training, to vehicle operational technologies that make autonomous driving real.

Their efforts extend beyond individual car manufacturers and promise a future where thousands of lives that are currently lost in accidents could instead be saved, and where the massive shortage in truck drivers no longer contributes to the logistics nightmare the world is experiencing after the impact of the Covid pandemic.

At GTC this year, you’ll be able to see not only the future of driving but the tools that will help the industry to design, build and deliver the driving and automated trucking and transportation technology of tomorrow.

The Sessions that I’d suggest you look at to get a feel for the state of this technology today include: NVIDIA Drive Sim on Omniverse that speaks to how you can train these autonomous vehicle and robotic solutions in simulation, avoid danger to humans and assure a far safer, more reliable, outcome to the final technology.  This session will be held on Tuesday March 22nd at 5 p.m. PDT.

Another session focuses on one of the predominant drive modes for autonomous driving. It is called “Taking NVIDIA Drive Chauffeur on the Road” and will be held at 2:30 p.m. on March 23rd PDT. There are two possible driving modes for autonomous driving technology: Chauffeur, where the car drives without you, and Guardian Angel, where the car assures you don’t make a driving mistake.

Finally, you should check out “Hyperion: Today and in the Future” on Tuesday, March 22nd at 1:30 p.m. PDT. This is an overview of NVIDIA’s Drive Hyperion platform which is production-ready for autonomous vehicles to get a sense of the state of autonomous driving technology today.

And finally, the one session never to miss at an NVIDIA GTC is the keynote which is typically one of the best keynotes of the year and showcases the technology itself in the talk so you don’t just hear how revolutionary it is, you see it in action. Jensen Huang’s keynote is at 8 a.m. on Tuesday, March 22.

If you want to see the future of driving with a huge emphasis on what an end-to-end solution should look like, consider attending the GTC segments on autonomous driving, particularly the Jensen Huang keynote because that will give you a very clear view of what is coming. And, let me tell you, what is coming will be amazing.

I mentioned Ukraine in my opening. Watching vehicles attempt to exit the country safely reminds me that one of the things autonomous cars will have is vehicle-to-vehicle (V2V) communication so that cars can tell other cars about problems. If the refugees had access to this technology today, they likely could get out of the country safely and quickly even if communications networks were down because the cars could form a mesh network that would alert to dangers and automatically route the cars around them, allowing the vehicles to exit at the most efficient place and speed.

These cars will also have multiple sensors that provide a detailed record of what is going on around them and laying an additional foundation for the war crimes trials likely to come after the war is over.

This suggests there will be uses for this autonomous technology that extends beyond autonomous vehicles and into solutions that could better deal with natural or manmade disasters, helping to prevent at least some of the problems with evacuating large populations quickly.