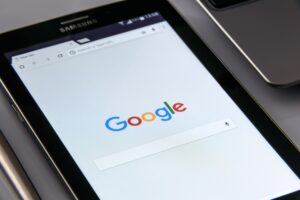 Voice searches are quickly becoming very popular, cutting across age groups and replacing the old way of making internet searches. In a few years, voice search may actually be the only way to do business with your preferred engine.

Then came Google voice search, which was expected to give Apple run for its money. Let’s just say the first years of operation were subpar. The service, which gave Android users a taste of voice search would only understand and respond to US English commands. While that was improved to cater for other locales, the service was still not so accurate.

Back To The Drawing Board

No one gets something right at first trial (well, almost) and so Google has been back on it to improve this service for the market that has been so eagerly awaiting it. Nearly three years later, Google’s voice search has improved several times over and included over 30 other languages in its fold. It’s going time, and nothing proves that better than 10% of all Google searches being voice searches. This trend is expected to be the norm.

With the latest release of Android 4.1 Jelly Bean, there are so many things you can do, such as these.

Do you need an update on the weather without typing in your query? Well, all you have to do is turn on voice recognition and ask for the week’s forecast. The service will respond to you (speaking it out, of course) giving you the full forecast for the week of you wish.

If you are free spirited like me who finds themselves in new locations all the time, know where to eat or stay by firing away. The greatest thing about this service is that it does not need you to structure your questions a certain way. You can ask and get a response to anything.

That old habit has got to die already when you look at statistics on road accidents caused by technology. Simply ask your phone to ‘Send Message’ to your preferred recipient and go ahead to dictate the message. Hands stay on the wheel, and everyone’s happy. Same deal with emails.

Google Stock is available on your mobile, and you can use the voice function to stay upon to date with your preferred stock.

Looking at some of the features of Google’s voice search service, you may be wondering what’s new, and why all the noise about a feature that has been with Apple for the longest time. Well, this voice search is several times more accurate. Whether through iOS or Android, the market is ripe for voice search.