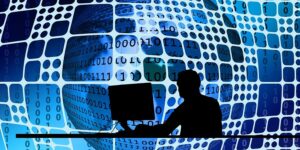 Paperwork is being replaced from big companies and enterprises, as much as possible. In short, every enterprise is shifting for a more digitalized way of tracking information. However, this replacement of paper has not been a smooth transition. From piled up paperwork and documents to nothing but clogging the workflow of any organization. Forms on fire is slowly and gracefully replacing paper across industries from banking to education, from railway reservations to healthcare.

The introduction of electronic forms has reduced the amount of paper organizations use, as well as speed up the process of accessing those forms.

HOW TO ELIMINATE PAPER:

Clinging to paper forms will slow down the entire process of whatever task is at hand. In order to eliminate paper, we need to figure out exactly what is currently done on paper, how to consolidate it to digital, and how to systematize and properly store the new digital forms. As a business, one must also consider the profit. How much will the digital forms cost to create, store, give employees access, maintain high-security and how much time will it save the business as well as the reduction of paper costs.

HOW TO START WITH E-FORMS:

In order to start E-FORM conversion process for any organization, we need to begin with a well-discussed plan. As any changes to a process running for ages can be intimidating. though with a plan and an easy-going acceptance of Electronic forms can be achieved in any enterprise. Several elements that one should consider while preparing for transformation are:

a) Timeline: A sensible chronology should be developed to allow all the tasks to be implemented thoroughly. Creation of electronic forms or even conversion of paper forms into e-forms typically involves designing the form with the help of an e-form designing software application. The total time required depends on the experience level of the user. The complete process of actuation of an electronic form can be fast and smooth, rendering instant saving of time. And even if this incorporates automation of several back-end advancements for the processing of the form that can make it more involved. The whole timeline would be affected by the requirements and the complexities of the system.

b) ECM system are used to help e-forms work perfectly and also store forms in a database. This technology may be organized to be used for a variety of other systems. Occasional evaluation of the existing automated electronic system and estimating the impact of performance that the replacement of paper has on it. KPIs include The number of users accessing, the amount of physical space needed, and forms that are processed per day or per month will help in determining the configuration of the system and the volume of space needed.

Error-free information: searching through the database and also the data validation helps in ensuring that the data acquired via forms is correct and precise. Easy access to the users: E-forms can be made available to the users without any difficulty that they may face while getting the paper forms by forming themselves into a queue and waiting for hours to get one. Keeps the information secure: Paper forms include the risk of losing it due to ill-maintenance. And also as paper forms require the signature to be declared as official, a provision for e-signature is also being provided for certification of information.

In brief, conversion of paper forms into electronic ones with the help of an ECM system gives the chance to automate the processes that are based on forms. The simplest workflow of Electronic forms incorporates the filling of form and then a click on submit button saves the form, which then can be sent for verification and approval to other systems.

How to Make Maintenance Management Simpler

Have You Considered Becoming A Certified Credit Repair Specialist?