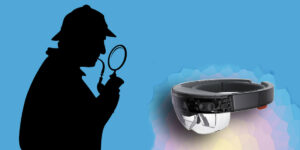 The most recent augmented reality and virtual reality app development have legal implication for any mobile app development company. The single most controversial idea that has recently become a reality is the development of VR that can interpret emotion, learn the emotional behavior of an individual, and adapt over time to the emotional development that a person demonstrates as they mature from childhood to early adulthood.

The legalities that may become involved may best be illustrated by two examples from the past. Subliminal advertising was used for decades to influence television audiences to buy products and to make moviegoers feel a desire for the foods that theaters sell. This type of advertising has been banned in most countries as an invasion of privacy and a manipulative tactic.

Intense and emotionally enthralling multiplayer games have been the target of parental concern and research that claims the games are addictive and produce similar behaviors to drug addiction. More recent research has shown that the benefits of gaming far outweigh any addictive potential that may exist. The damage to the revenue of game app developers has already been done.

As virtual reality apps become more sensitive to emotion, patterns of thinking, and varying cultural norms in any society and between countries a mobile app development company may become challenged with a host of moral and legal dilemmas. The speed with which a killer app can be transmitted around the globe may also become a concern for mobile app developers.

No legislation presently exists that delineates any rules for the emotional manipulation of a person through a VR app or an augmented reality app. Considering the slow reaction time of governments, national legislatures in any country may not take action for more than a decade but they will take action based on an outcry from their constituency.

The national legislature of any country may be influenced to proceed cautiously and slowly by adroit campaign contributions by the companies that produce emotion sensing and manipulating apps.

Naturally, the tech has to be developed first and the ability to manipulate a person using any mobile app must be demonstrated without question. The dichotomy in this line of thought is inevitably going to devolve into an ongoing battle between “recognized” experts.

The only people who will make money from this legal conflict are the researchers who write papers that get published in internationally recognized publications and the attorneys who file suit for or against an app developer.

Companies that produce virtual reality apps and augmented reality apps may be forced to tailor their offerings to the individual rules of conduct established by every country on Earth. The present lack of an open market for mobile apps due to political differences may become marginal in a future conflict over control of feelings and minds.

The legal and moral conflict is coming. Every app development company that is aiming for a future in VR or augmented reality must prepare for this inevitable conflict. The cost of litigation could become prohibitive in VR and augmented reality developments for the mobile market of the near future.

Guerrilla Marketing Tactics That Are Still Relevant in 2017

Must-see vibrant festivals around the world