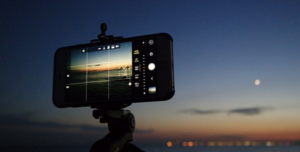 Mobile phone cameras have come a long way from shooting less than 1 megapixel photos to producing magnificent ones that can often leave people in awe. The first phone camera introduced in the year 2000 was J-Phone by Sharp, was capable of taking 0.11 megapixel photo and as you can expect it, it was really bad considering today’s standards. Today, nearly 18 years later, it sometimes become difficult to tell the difference between photos taken from a modern smartphone and a standalone digital camera.

Over the years, smartphone camera has improved drastically to include better low light sensitivity, optical image stabilisation, better dynamic range, better colour reproduction and overall better clarity. All this has been possible not only because of the advancement of the camera hardware but also due to the development of the software segment. Companies like Apple and Samsung has been able to make smartphone cameras that excel wonderfully image quality, especially in producing sharp details, high dynamic range and good low light images. Although one might argue, that a smartphone camera cannot compete with the likes of a professional cameras. As much as it is true, one cannot deny the fact that faster development of smartphone cameras has shortened the gap between these two type of devices.

Tracing the development of smartphone cameras over the past two decades, it can be highlighted that its development is somewhat restricted by the physical size of the device. There are only so much the developers can do with a small sensor and small focal length and aperture of the lens. This brings a pertinent question, as to how the developers can improve camera performance in the future iteration of the smartphones. This very challenge is addressed by focusing the software integration of the camera. This pursuit led to the development of computational photography.

The light gathered by the camera sensor is converted into digital information that creates an array of pixels that form an image. The idea of computational photography is to apply post processing on the image to make it look more appealing. Subtle changes like altering the white balance, applying noise reduction on specific areas of the image, increasing the dynamic range, adding sharpening filter, boosting saturation and contrast, etc. All of these changes in the images are applied by the AI in order to emulate the post processing conducted by a professional photographer to enhance the image. So, one objective of computational photography is to enhance the final image output. Google has closely worked with Massachusetts Institute of Technology (MIT), to develop an algorithm that can create a mathematical model of an image, in order to decide the which changes will best suit that particular image. Thus, computational photography is not just putting a filter over the image but analysing the image and editing it based on the image itself.

One of the most attractive feature of the Google Pixel 2 is its ability to create software assisted background blur, which is much superior that any of its competitors like Samsung and Apple. The use of split pixel technology to measure the microscopic distance between the pixels has allowed the AI to determine and separate the foreground from the background, thereby allowing the software to accurate blur out the background to emulate a professional camera. The integration of computational photography has allowed the Pixel 2 to earn a DxO Mark score of 98, which is the highest given to any smartphone camera at the time of its release. It is safe to say

The prospect of computational photography is quite far reaching. Even though it is still in its infancy stage, extensive researches are being conducted to expand new possibilities of AI in a camera. It can be used to eliminate unwanted objects from the photograph, detect specific objects in the viewfinder or to identify a specific scene and alter the camera settings accordingly. Moreover, what makes computational photography so much superior is the addition of machine learning. An assignment help provider would agree that the AI can train itself to perform the allocated tasks more efficiently. So, a smartphone camera should get better over time as you use it through your daily life. It is needless to say that this technology is likely to be widely used by smartphone manufacturers in the future, but how these companies differentiate themselves in this area remains to be seen.

What are The Best Crypto Trading Signals?