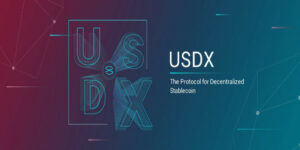 Back in 2012, the European Union was in the throes of an existential debt crisis. Bond yields across the Eurozone had skyrocketed after the debt issues uncovered in Italy, Greece, and Portugal. What turned the ship for the EU and saved the euro were three words uttered by the president of the European Central Bank, Mario Draghi. At a press conference, Dragi stated that the ECB would do “whatever it takes,” to save the euro. Bond yields instantly declined after the interview and the ECB launched a large-scale quantitative easing program which pushed the yields down further.

Draghi’s rescue of the euro demonstrates the crucial role central banks play in the economy. Since the financial crisis of 2008-09, central banks have been the focal point of the global economic rescue effort. The key objective of central bank is monetary policy. These centralized institutions are beyond political influence and usually controlled by technocrats who adjust the country’s money supply and interest rates to keep the economy stable.

This is the sort of stability that is missing from the newest layer of the global economy – cryptocurrencies. Cryptocurrencies are notoriously volatile. The price of a single bitcoin, for example, was up 20x during 2017 and lost 60% of it’s value in the last month of the year. Other smaller cryptocurrencies and tokens are just as volatile. Experts argue that this unprecedented level of volatility prevents cryptocurrencies from widespread adoption and mainstream use as currency. In other words, it’s difficult to spend a currency with an unpredictable value.

Now a team of researchers and developers are trying to solve this issue with a novel approach – recreating a central bank with algorithms. Their solution, known as the USDX Protocol, is an attempt to peg the value of a crypto token to the value of a unit of fiat currency with the help of this ‘algorithmic central bank’. Here’s how it works:

USDX Protocol’s algorithm applies simple monetary policy in conjunction with established crypto frameworks to sustain price stability. The basic principle is Irving Fisher and Milton Friedman’s take on Quantitative Theory of Money (QTM). QTM states that the price level of goods and services in an economy are directly related to the supply of money in that economy. When money is in abundant supply, the price rises (inflation), and when money is in limited supply, price deflates.

It seems the functions of a central bank can be decentralized and recreated for cryptocurrency tokens. If applied, this protocol offers a number of benefits. Traders and investors can use a crypto token with a stable value, making transactions easier and cheaper. The decentralised nature of the blockchain is preserved. There are allegedly no regulatory or collateral risks with this system of pegged value.

Supported by a decentralized monetary policy system, this could be the third generation of Stablecoins that help cryptocurrencies reach mainstream adoption. In this emerging layer of the economy, algorithms have replaced central banks entirely.

Know the perks of Admiral markets