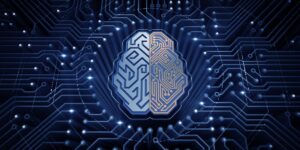 Artificial intelligence is trying to replicate millions of years of human evolution based on performing various learning cycles quickly and feeding on massive amounts of big data. Like human knowledge, not all AI systems are created equally, and not all have the same abilities. Some are only capable of automating repetitive tasks and performing them flawlessly, while others surpass some of the brightest minds regarding speed and accuracy for financial decisions or marketing purposes.

Although still in its infancy, AI is currently considered a useful tool and the main questions are related to the best ways to harness its power and the most appropriate business segments. As it continues to evolve, more and more ethical concerns will arise, and it goes without saying that many of these concerns will focus on the capabilities of AI. For example, what will be the status of an AI capable of designing its own AI? How much decision power should an AI have? When are people entitled to step in? Let’s discuss each type of decision making by AI based on the system’s top capacities.

This is considered a weak form of AI and it is mainly used to automate simple tasks. It requires constant human input and intervention and only works well with clearly defined inputs and outputs. It is the least suited to make decisions, except for the moments when the person is incapable of doing so. Some immediate uses are: transportation, healthcare, and as a personal assistant.

Transportation and Safety – Assisted intelligence is already included in some driving safety systems, controlling speed and activating the brakes if necessary. With the rise of IoT, it will take over other jobs like scheduling maintenance and deciding the replacement of parts based on usage. Although it will alert the user, the final decision usually does not belong to the vehicle.

Healthcare – Not even the most attentive and caring nurse could monitor a patient 24/7 and alert doctors when something changes in a split second, but AI can perform flawlessly on a whole hospital ward. Again, the final decisions belong to the well-instructed humans, but AI can do the tedious monitoring and take some minimal, but life-saving actions.

This middle stage of artificial intelligence development is sometimes identified with the entire concept since it is the most common occurrence at this moment. The role of applications included in this category is to support human decisions, rather than simulate independent intelligence. The spectrum is broad and includes machine learning, natural language processing, image recognition, and neural networks. These have applications in finance, cyber security, healthcare, public safety, fraud detection and many more spheres. The difference from assisted intelligence is that it can propose new solutions, by combining existing information, not just identify patterns and apply predetermined solutions.

E-commerce decisions – An excellent example of augmented intelligence is a marketing automation tool that makes things like A/B testing 100 times faster and adapts the layout and response functions of a website to the user. In this case, the user can make his decision, but the tendency is to follow the machine’s recommendations unless they have good reason not to.

Cyber crime fighting – There is currently a need for more cyber crime fighting experts, and the necessity will only rise in the years to come. It is becoming apparent that these positions will be filled not only with people but also with experts supported by augmented intelligence systems. With proper training, AI will be able to differentiate between an attack, a client accessing an account in a foreign country while on holiday and a software bug.

High-frequency trading – A quants’ work is yesterday’s news without a little help from trading robots. The systems are becoming so sophisticated that they can take decisions without human intervention. It is more a matter of control and calibration than of direction. Deep learning techniques ensure machines make decisions better and faster than brokers.

The final goal and most feared state of artificial intelligence; autonomous intelligence is starting to become a reality. As in the case of successful employees, the best algorithms need autonomy to reach their full potential. To continue the comparison, this can only be given within strict lines of accountability. Organizations are not ready to let a computer take over. Digital companies as Google, Netflix, and Facebook have given algorithms sufficient decision power. As an HBR article highlights, the new wave of AI will be able to act as advisors, outsourcers or world-class employees.

Business management – It has been said that decision making and creative jobs will be the hardest to replace with automated systems since it is hard to define what constitutes the best outcome, all variables considered. The most difficult part is to accept and implement decisions made by the algorithm. McKinsey and BCG already have in place automated advisors for entire departments.

Driverless car – A recurring theme of SF literature, the self-driving vehicle is being developed and perfected. Handing over an entire set of decisions to an algorithm is something that we are not comfortable with just yet. The functioning is not flawless either, but it is just a matter of time until sensors and deep learning close the gaps.

Will AI Lead to Global Unemployment?

People fear that machines will make employees redundant, but that is far from true. AI can trigger a decision revolution; we need to get accustomed to a new reality. However, most likely, the outcome will be like that of other industrial revolutions, resulting in more jobs created due to advancements. Humans will just reconsider their role in the workplace and direct their attention to better algorithms and making sense of unstructured data.

Human intervention is still necessary for many AI-powered decisions. Although the algorithms surpassed human logical thinking a long time ago, it still lacks what we call “common sense.” AI takes things too literally, does not detect subtle irony and needs guidance in reacting to unpredictable situations. There is no denial of the fact that we should become more comfortable with the idea that the information we ask for, the treatment we get or even the plane we fly in are being, at least partially, driven by machines. It is a way to free the human mind, allowing it to be creative.

Trump hits out at opponents on Father’s Day