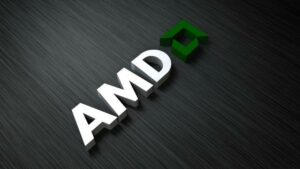 AMD is on a run. It’s doing incredible work, and, from a technological perspective, it has drifted out from under the Intel cloud that has defined it for much of its existence. AMD did this by pivoting away from the smartphone and tablet markets before over-investing in what would have been a failed effort. Instead, it returned focus to its strengths and the fundamentals of businesses it knows during a time when its largest competitor, Intel, was struggling.  Intel has since come under far more capable management, but AMD remains focused and is executing at an impressive level.

This was clear last week at AMD’s financial analyst event and presented not only a compelling case for how it’s been doing, but how it will accelerate and do even better in the future. But to truly reach the company’s full potential, AMD must now consider what it means to be a leader rather than a follower, and that change isn’t a trivial one.

The advantage of being a follower

There is one huge advantage for a company operating as a follower in an industry and that is the direction you take is handed to you. That is how AMD initially got into trouble. Intel pivoted to the mobile market, which turned out to be a mistake, and AMD attempted initially to follow Intel.  But AMD’s execution was even worse than Intel’s, so it pivoted back to the market it knew faster than Intel did, which is largely why AMD has been outperforming Intel in several segments.

But it is far easier to follow than it is to lead. The leader has a far higher risk of making a catastrophic mistake as was demonstrated by Intel’s premature and ill-advised attempt to move into the smartphone segment. By being a follower, AMD was less invested, and the damage of the related move was far lower than for Intel, which allowed AMD to recover more quickly. The benefits of that renewed focus were evident at the event, which predicted that AMD’s total available market would more than double over the next five years.

The problems of a leader

First, a leader must lead which means, rather than looking at your competitors for direction, you want them to look at you. AMD has clearly stepped out sharply with products like Threadripper and Threadripper pro, using them to change the dynamic both on high-end gaming machines even more dramatically with high-performance workstations.

AMD’s efforts with servers have been just as impressive if not as revolutionary largely by staying better focused on what cloud providers wanted and stepping up to provide it during a time when many of these providers were looking at moving to their own proprietary technology. This points out that one of AMD’s sustaining advantages is its ability to partner and thus better execute against defined customer needs they caught because they weren’t trying to drive those needs so much as address them.

While AMD is no longer following Intel, it isn’t definitively leading the market, either, because Intel isn’t chasing it. This increases the risk because AMD not only has to pick the right direction rather than taking the easier path as a follower, it needs to protect against Intel making a better choice. The same is true of NVIDIA with Qualcomm in the wings and executing very differently, but nonetheless, represents a significant risk of disruption.

Finally, AMD’s CEO, Lisa Su, has established herself as being very conservative with her predictions. Yet at this event, she predicted strong increases in revenue and profits, which means AMD is very likely to still exceed these more aggressive projections. Analysts trust her, and that is a huge benefit to AMD in the long term when it comes to predicting success or failure.

Wrapping up: AMD is in the best shape it’s ever been.

As I look back on this event, it’s clear that AMD is in the best shape it has ever been but hasn’t yet fully figured out if it wants to try to truly be a segment leader or just to operate more independently of Intel.  Both approaches have risks. The market leader path puts AMD’s competitors at higher risk, but it also puts AMD at higher risk of making a catastrophic mistake. Since the future is anything but certain, that risk is very real.  The more conservative independent path is far safer for everyone but does have the risk of another leader emerging. This would cause AMD to drift back into its follower role, which would have an adverse impact on the firm’s valuation even though it would reduce the chance of failure.

I do think it would make sense for AMD to attempt to repeat its Threadripper effort with other product sets given how successful that was and to showcase that Threadripper wasn’t an unusual fluke but a showcase of AMD’s ability to execute. But that choice is up to AMD’s CEO who is far more experienced in the job than I’ll ever be, and she has certainly done very well so far.

In the end, I’m left thinking that while AMD is operating at historic levels of execution, it could do even more but not without also increasing its risk. In the current market with the risk of a recession, it simply may be better for AMD to remain conservative for the time being. Then again, fortune favors the brave, and I’m reminded why I stopped wanting to be a CEO long ago.

18% of Coinbase Employees Laid-Off Due to Crypto Recession

What to Do If You are Involved in a Car Accident in Macon?