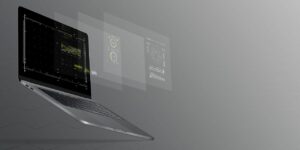 For much of AMD’s history, they have been a bottom feeder living off of Inte’s scraps.  Under Lisa Su, they have begun to strongly step out of Intel’s shadow concerning performance, but their design wins still tended to be less than exciting.  That just changed this week when Microsoft launched its new 15” Surface Laptop.  This product is a showcase for AMD’s unique advantages because not only is it a nearly no-compromise offering providing lightweight, long battery life, thin profile, and solid performance, it also showcases AMD’s semi-custom capability because the processor and GPU were co-designed with Microsoft.  This laptop is Microsoft’s most powerful offering, and few will miss that it is AMD based.

I think this product will open the door further for AMD and the other big OEMs because it is a full showcase of what AMD brings to the table, not only with leading technology but a willingness to build what the OEM wants, and not just toss out what AMD’s engineers want to build.

One of the big industry problems in the PC space is that the tail kind of wags the dog.  By this, I mean that power players that sit at the center of the segment, Microsoft and Intel, often seem to think they know more about what the market needs than the OEMs, but the OEMs are closer to the customer.  Now Surface does help Microsoft gain a unique insight on what is needed, and they use this line partially to showcase what they think the other OEMs should build. And it does make for a compelling argument.

Ideally, the OEMs should set the spec, but the spec should flow from the customer, and the suppliers provide solutions that fit the spec.  Now Microsoft didn’t showcase just one product with semi-customer components they showcased three one from Qualcomm (the Surface ProX), and one from Intel (the Surface Neo) both of which reflect a major change that I doubt would have happened had not AMD blazed the trail and showcased their Semi-Custom effort could be very successful.

A Perfect Storm product is when all of the elements come together to create something uniquely desirable, and that was the case with the 15” Service Laptop built with AMD.  It has a powerful Ryzen engine as a CPU, it has a Vega graphics system for the GPU, and it also has over 11 hours of battery life. This laptop is all in a thin and light case, which won’t turn you into Quasimoto, and it also has AMD’s unique security technology making the result one of the more secure in the market.

The 15” is about as big as you can now get without a foldable screen and still fit in most backpacks while keeping the weight low.  While it would be interesting to see them apply this technology to a 17” product, people have shown an unwillingness to carry a laptop that large, and they are hard to get approved as a result.

So you get virtually everything you want in a performance laptop at an affordable price and with none of the typical weight and battery life problems with the class.

But even more important for AMD, this showcases them as a differentiated player at the top of the market, and every OEM watches Microsoft Surface making the company a massive influencer.  There are few things Microsoft could have done that would have had a more positive impact on AMD’s image than using them for their most powerful PC. While this isn’t Microsoft’s most innovative offering this season, that is the Qualcomm based Surface ProX, it is the highest performing, and AMD’s advantage isn’t in mobile it is in performance making the 15” Surface Laptop an incredible showcase for the firm.  I expect it will open a lot of doors for AMD that wouldn’t have opened otherwise.

This product caused me to recall an old line from a fun B Movie, “I have come here to chew bubble gum and kick ass, and I’m all out of bubble gum.” After this launch, AMD could use this as their Tag line because the most powerful Surface product, even including their Surface Studio (which, to be fair, needs a refresh) is the AMD based 15” Surface Laptop.  This laptop is the perfect showcase for all of AMD, including their CPU, their GPU, and their relatively unique (though that is changing given Qualcomm and Intel’s custom efforts in this new Surface line) Semi-Custom service.

It looks like Lisa Su and Satya Nadella and their respective AMD and Microsoft teams are also out of Bubble Gum because this new 15” Surface Laptop sure kicks ass!  Hoorah!

How Technology Has Influenced Society These Days

Key Considerations when Starting a Business