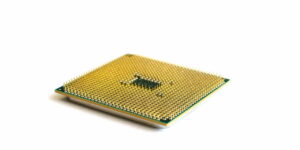 AMD went to Computex at the top of their game; executing well, they rolled out improvements across the board and promised even more interesting things over the planning horizon.  With gains on Laptops, servers, and impressive overall execution Lisa Su, AMD’s CEO, was clearly in her element at the event as she listed design win after design win.  Nice mix of demos and technical content.

Let’s talk about AMD at Computex this week.

Computex is a weird show in that the times I’ve gone, much of the content seemed to be gadget oriented, and a considerable amount of the gadgets felt like vendors just throwing stuff into the market t see if they would stick.  But with the Pandemic, that activity, which distracted from the more serious efforts, appears to have died out, allowing the more significant news events to garner more interest.

As a result, the show is more enjoyable during the Pandemic than historically has been the case.  The Pandemic PCs have taken center stage as they were the go-to tool for entertainment, work, play, and focused information gathering.  That last has been a bit of a mixed back with the amount of false information out there.

AMD’s 3rd generation Zen Core is ramping up nicely after its 4th quarter 2020 launch (see some good things happened in 2020) and AMD’s continued presence in the PlayStation 5, and Xbox X and S, the company is on solid footing as we move to mid-year.  Their new combined product, called an APU, was refreshed using current generation Zen and RDNA2 (Ryzen) technology, making it into what is likely to be one of the bargains as we move toward the Back to School buying season.

Building on their RDNA 2 architecture and Zen 3, I still think this APU part should be featured in revolutionary designs that take advantage of the combined package and expect them to show up in a few months.  AMD’s true competitive advantage is combining Zen 3 and RDNA 2, making the APU arguably their most robust potential offering.

In laptops, AMD reported a 25% improvement in gaming laptop sales, an area of unique strength for the company.  Their new RX6800, RX6700, and RX6600 parts provide decent framerates, 100 fps+, HD resolutions, and the RX6800 performed well into desktop PC range.  They highlighted their FSR (Fidelity FX Super Resolution) technology which provides the unique ability for users to trade-off image quality with frame rates to fine-tune the performance needed for individual games.

Frank Azor, ex-head of Alienware, showcased some extreme examples of gaming-focused laptops and the Asus ROG Strix G15, and my favorite, the HP Omen 16 (bigger is always better for me since I like strategy games), looked to be impressive offerings promising all-day battery life and impressive performance.  These laptops are all part of the AMD Advantage Gaming effort where AMD helps the OEM fine-tune the hardware, assuring the gaming user the best bang for the buck.  AMD Advantage assures CPU, GPU, system components, and screen to ensure the gaming experience meets the hype surrounding the related laptops.

While AMD has, up until now, been quiet on the automotive front, they announced that Tesla was picking up their solution in several cars. Suppose you had to pick one company that would cause the others to sit up and notice, Telsa, who has had issues with both Intel and NVIDIA in the past.  AMD’s unique process of working with 3rd party vendors for custom silicon is likely what got them this win showcasing another of AMD’s unique market advantages.

We are in a strange place concerning conferences.  People want to go back to doing these things in person, but a critical mass of folks aren’t ready yet, so we see some exciting blend of remote events with curated live audiences.  That was what AMD did; they had a live audience of vaccinated employees who would cheer and clap at critical times, but the overall event was still remote.  This combination made the event seem much more interesting than prior efforts without an audience and, at least for me, held my attention far better.

Oh, and in terms of process, Lisa revisited a presentation best practice of previewing the content at the beginning and then summarizing it at the end, making retention far more likely.  Nice job!

At Computex this year, AMD came to play, and they hit hard with solid performance gains reported across their product lines.  They were surprised us with their impressively high APU performance and Tesla win, but they didn’t leave it there.  In the end, they showcased an impressive new package that will triple the amount of high-speed cache supporting their cores as they move their chiplet architecture from 2D to 3D.  This move is expected to give them an additional 12% – 15% performance increase over and above what they’ll get from the traditional regular refresh, suggesting that we should see an even bigger performance bump next year.

AMD continues to impress, and apparently, they plan to up for their game next year.  Now that is something that makes 2022 worth anticipating.

Doge coin price prediction, how high can it go after the pro launch?”

What Is Data Observability and How Can It Help Your Organization?