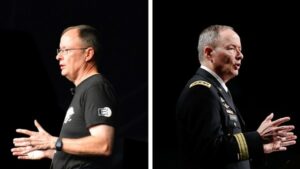 The problem with the sick, obsessive superpower revealed to us by Edward Snowden is that it cannot bring itself to utter the one line it absolutely must utter before it can move on: “My name is America and I’m a dataholic.” For American spies, Big Data is like crack cocaine: just a few doses – and you can forget about mending your way and kicking the habit. Yes, there’s an initial illusion of grandeur and narcissistic omnipotence – just look at us, we could prevent another 9/11! – but a clearer, unmediated brain would surely notice that one’s judgment has been severely impaired. Prevent another 9/11? When two kids with extensive presence on social media can blow up a marathon in Boston? Really? All this data, all this sacrifice– and for what?So let us not pass over America’s surveillance addiction in silence. It is real; it has consequences; and the world would do itself a service by sending America to a Big Data rehab. But there’s more to learn from the Snowden affair. It has also busted a number of myths that are only peripherally related to surveillance: myths about the supposed benefits of decentralized and commercially-operated digital infrastructure, about the current state of technologically-mediated geopolitics, about the existence of a separate realm known as “cyberspace.” We must take stock of where we are and reflect on where we soon will be, especially if we fail to confront – legally but, even more importantly, intellectually – the many temptations of information consumerism.

Vibrating bike seats!? Bicycling not on the list of banned pornographic pastimes