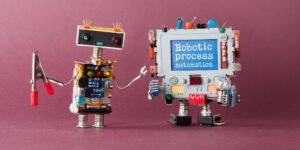 Automation is scary. The prospects of automation impacting the job market are very real. We’re not talking hypothetical changes; automation will cause millions to lose jobs. Business Insider states that jobs, such as electronic assemblers, are expected to be very different by 2026.

Job prospects for assemblers are expected to dip by 45,300.

Which jobs are likely to remain safe from automation?

1. Plumbing Automation is Far Away

If you have ambitions of becoming a plumber, your job is likely safe. Plumbers may not have automation introduced, but it’s likely that their job will change in other ways. Robotic systems may be able to better pinpoint the cause of leaks.

You might even see robotic systems that can fix pipes in the future, but it’s likely that these systems will be under the control of a trained plumber.

A growing population and housing market makes this a relatively safe career choice. There are some minor advancements in plumbing automation, but they’re so minor that they cause no cause of concern for a seasoned plumber.

The population is aging rapidly, and this has caused a major boom in the healthcare industry. A lot of people are turning to healthcare as their main career choice, and it’s a solid pick for growth.

The great thing is that this is a field that is expected to remain relatively safe from automation.

A study found that less than 30% of a nurse’s tasks could be automated. So, for the foreseeable future, healthcare is a great career choice.

Teachers are the cornerstone of education, and they’ve experienced a lot of changes in recent decades. The rise of the personal computer and smartphones has changed the life of a teacher, but this doesn’t mean that the teacher’s job is at risk.

Even if video took over the one-on-one teacher job, there are just so many aspects of teaching that can’t be replaced via automation.

Smartphones and the Internet are flourishing. There is no stopping this trend without ruining the world’s economies in the process. The rise of the digital age has led to a major need for cyber security experts.

Robots will have a difficult time replacing the cyber security expert’s role.

Yes, there are automation processes and software which do automate against common security issues, but there is very little risk of a security expert losing their job to robots in the near future.

This is a very complicated field that requires complex problem-solving skills to correct.

Exciting, new ideas are always welcomed in the industry.

Machines aren’t able to function like humans yet, and even with machine learning, it’s unlikely that machines are going to overcome humans when considering:

Creativity is still something that requires a human presence.

I don’t want to say that chefs are 100% safe because there are robotic cooks that can follow recipes, but everything needs to be setup for these machines. Automation can replace a lot of the mundane tasks of a chef, such as flipping a burger or checking the internal temperature of meat.

But there is the creativity aspect that really gets in the way of robots becoming chefs.

Chef jobs are on the rise, and the manual skills, meal customization and creativity are going to be very difficult for robots to overtake. With this information in mind, we might see chefs taking on a lesser role in the future, but don’t expect the field to become obsolete.

These, like many other jobs, are expected to withstand the risk of automation.

How to Choose a Bitcoin Exchange

How to Winterize Your Pipes