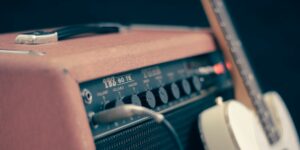 Music amplification is important for musicians and music lovers to enjoy the music in its clearest and most powerful essence. Amplifiers available in the market, however, are suited for different kinds of amplifications depending on the need of the user. A general guide that should be followed before choosing the right kind for you is given below.

In most cases, a power output of 10W is sufficient for anyone to enjoy music just enough to not annoy his/her neighbors or cause hearing disabilities. Depending on the space of the area for which the amplifier is being picked for, the maximum output power should be checked for intensively so that it can comfortably make the sound reach the destined places. The power is also dependent on the sensitivity of the speakers to the change in power output, and greater sensitivity produces a better sound, so that should also be checked for.

In simple words, the THD measures the change in the impact of the sound produced by the amplifier of the change in any of the variables concerning the sound intensity. Better amplifiers usually have a low figure for harmonic distortion because the greater the number the more the produced sound varies from the original. This leads to the production of noise which is unpleasant and not a desired quality in an amplifier, so make sure you get a demonstration of the amplifier to check the accuracy of the mentioned THD.

Stereo separation is important in order to disallow the desired output from mixing in with the undesired one, and usually a higher value of separation leads to better mixing. This mixing, also known as Crosstalk can make it difficult to determine the placement and positioning of instruments in music, and companies these days that produce a single box containing all the components are trying their best to keep maximum separation somehow. It is also a good idea to check the operation of the amplifier to determine the accuracy of the given value of the separation.

As the name suggests, this ratio determines how much of the output is the desired music/sound you want to hear and how much is unwanted humming and buzzing of signals inside the amplifier. This is usually a disregarded figure in places where external sounds are enough to compensate for internal noise, however the goal of amplifiers is to make these noises imperceptible so it is important for the SNR (Signal to Noise Ratio) to be high.

The Best Amp’s reviews usually recommend those which can be used for different devices and have connectivity for different pins and plugs available without much inconvenience. These include the pins for Apple products, for USB cables etc. Producers these days are focusing on making their units as versatile as possible so it is a good area of exploration when buying an amplifier.

Points to Keep in Mind When Buying a Brand New Mattress