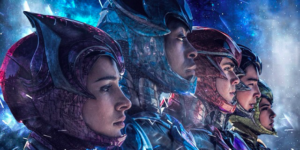 Do you want to know what are the best frameworks for web development in 2017? The short answer is as always – it depends!

As Alex Makarov, senior engineer at stay.com and one of the core contributors to Yii framework stated it:

Here, at Greenice web development agency, we mostly agree with him, but we do think there is one more very important thing to add:

What web development frameworks are most in-demand?

It is important to know which technologies are most preferred for commercial use as it gives us an idea of, what specialists are most sought after.

Most In-Demand PHP Frameworks at Upwork

It is also worth mentioning that PHP tops the list of the most in-demand skills at Upwork. And oftentimes, employers, who are looking for PHP specialists also have framework preferences. The latter became the subject of our research.

And here are the first five contestants:

Notably, the outcomes of our research are very close to the web development trends of 2017 that can be seen in a variety of reviews, such as:

Below are brief introductions of the top web development frameworks from the list. We have included expert views, as well as key features that make each technology stand out.

… I feel that fast development time, easiness to learn, and large community are most likely to make Laravel appealing to many businesses. Security and low server overhead are important as well – and might be more important to some companies than others.

..because it is faster, lighter and the least like a framework.

In addition to that, this is the fastest framework in this list.

Yii is all about practice. It’s very fast to develop prototypes with, because of Gii code generator and well-made enhanced implementation of ActiveRecord design pattern. Yii provides lots of features out of the box. The community is strong, docs are good, the code is stable and we care about backward compatibility

First, Symfony2 is a reusable set of standalone, decoupled, and cohesive PHP components that solve common web development problems. Then, based on these components, Symfony2 is also a full-stack web framework.

In essence, Symfony consists of two parts: components and the framework. Developers are free to use Symfony’s components without the framework itself or with other compatible frameworks. Notably, Laravel was built of these components.

CakePHP allows me to write less code to achieve the same effect as other developers. That means I have more time to plan everything out, test it well, and ensure performance.

The top 5 most in-demand frameworks are Laravel, Codeigniter, Yii, Symfony, and CakePHP. We have experience in most of these technologies at Greenice and in our opinion, each deserves its place on the market.

However, each of them also has its own angle, which makes it more fit for some situations, than others. For example, Symfony can be a good choice for complex enterprise-level projects, while Yii is great for fast development cycles that can be so important for startups.

Kateryna Reshetilo, Head of Marketing at Greenice, web development agency. She specializes in developing and implementing marketing strategies for IT companies. Mother and windsurfer.

Still Think Augmented Reality Has Nothing to Do with your Marketing Strategy?