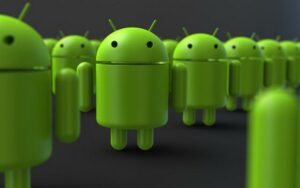 Making India the largest base for developers in the world

These numbers are sure to have attracted Google’s interest in setting up developer shop in India. The company has laid foundations for its first ever Android Skilling program in India. This program is meant to be the catalyst for training 2 million skilled developers over the next three years.

Skilled developers are hard to come by and along with the National Skill Development Corporation (NSDC), Google is reaching out to public as well as private technical institutes to prepare an army of developers in the country.

As most of us know, Google is inclined to act on the potential, especially you have 4.2 million of them.

65 percent of developers in India are still making apps for desktop PC, while only 25 percent are working for mobile.

And Google is hoping to get the future developer clan to work exclusively for mobile.

The popularity of Android is well known, with over 1.4 billion users across the globe on the platform. Sadly, right now only 40 of the top 1000 apps are being made by developers from India, which Google wants to change for good.

Show me the Moolah

What Google has paid to Android developers

With Android, money will regularly flow for the developers as long as they keep making apps for all age groups.

Google’s interest in developers goes to the extent of providing them with a Google Developer Certification. One can avail the developer program for Rs 6,500 which comprises a curriculum that will get you jobs in the industry.

Google is betting big on the future of app developer community in India, partnering as well training educational institutions to offer quality app training. This will give the prospective developers the know-how to create quality Android apps.

How brands are using video personalization

‘The Night Of’: A Worthy Successor to ‘The Game of Thrones’ ?