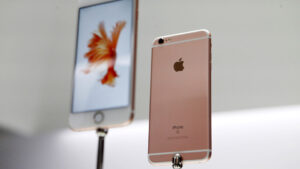 According to the US electronic giant Apple, iPhones have a life expectancy of three years and as does the Apple Watch while the Apple TV devices will expire in four years.

In a recent update to its environmental policy, Apple addressed the question of how long an Apple device is expected to remain in use.

iPhone’s productive life cycle will be up at the three-year mark, as will the Apple Watch while your OS X – a series of operating systems developed and marketed by Apple Inc –- and Apple TV devices will get an extra twelve months to reach the four-year mark.

“To model customer use, we measure the power consumed by a product while it is running in a simulated scenario,” Apple was quoted as saying.

“Daily usage patterns are specific to each product and are a mixture of actual and modelled customer-use data. Years of use, which are based on first owners, are assumed to be four years for OS X and tvOS devices and three years for iOS and watchOS devices,” the company added.

These numbers are in harmony with Apple’s strategy of rolling out operating system updates to older devices and the hardware offered to replace older units.

For example, the recently launched iPhone SE, which is designed similar to the iPhone 5S, can be upgraded from new iOS 9 to the next three years of iOS updates – something the iPhone 5S would be unable to do.

The time-scale between the release of the 5S and the SE is just inside that three-year window.

However, Apple does provide compatibility of its operating systems to older hardware.

Intel May Cut Thousands of Jobs by End of 2016