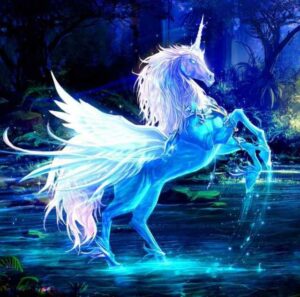 Earlier this week officials at the Justice Department announced that they are considering suing Apple in order to force the company to provide a way for them to hack iMessages.

While Apple does keep any- and everything that is saved to the iCloud (and will dutifully turn over any records they might have if they are served with a valid search warrant) they can’t actually turn over iMessages sent from one person to another if they have encryption turned on and auto-save to iCloud turned off.

Problem is, according to Apple, when someone wants to engage in a private chat with someone else the encryption keys are generated on the fly and Apple doesn’t store those keys. So, essentially, Apple can’t comply with any requests to ‘wire-tap’ iMessage conversations even if they wanted to.

It should be noted that a security company recently pointed out there is a flaw in the iMessage system that could be exploited to intercept the key generation process and gain access to iMessage conversations. When you initiate a secure session a request goes to Apple’s servers and they send the newly generated keys to each participant. If someone could intercept that exchange they could insert their own keys or create a version of man-in-the-middle attack where messages are intercepted, stored and then passed on to the real recipient. So technically Apple does have a finger in the entire key exchange process even if they don’t actually save the keys or the content of the iMessage conversations.

But Apple, like other companies offering secure, encrypted communications, could put the key generation algorithms on the devices themselves and not require any unencrypted interaction with Apple’s servers at all (of course that would require each individual to find another way to exchange keys before they initiate any secure communications).

There is a wonderful quote on the RokaCom website (they sell encryption solutions for voice, messages and just about everything) and they too have a key system that is generated on the fly. In their FAQ section under ‘what if RokaCom receives a subpoena for my account?’ it says they will turn over billing information and other account data but when it comes to the actual encrypted content exchanged between their users they say, “We can be subpoenaed for a unicorn, but if we don’t have a unicorn we cannot deliver it.”

Is the new iPad Pro really faster than a Surface Pro 3?