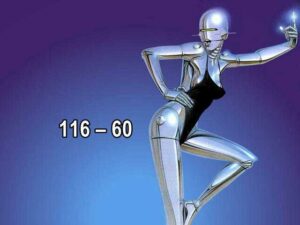 But before we get down to the ins and outs of betting against an artificial intelligence and then writing silly articles about it each week, let’s talk a bit about Odell Beckham’s touchdown catch in Sunday night’s game between the New York Giants and the Dallas Cowboys.

If you’ve just come out of a coma and didn’t get the chance to see what is quite possibly the best catch ever made in the history of the NFL then go to the NFL.com page and watch it here.

It wasn’t enough to push the Giants past the Cowboys in the end but if they handed out extra points for style and sheer impossible feats of super-human performance it would have been a blowout for New York. Absolutely amazing catch.

So, on to Cortana’s picks and misses.

Like everyone else on planet earth nobody picked the Oakland Raiders to beat Kansas City. I watched that game and just kept shaking my head (like everyone else on Thursday night). So now Oakland is tied with Jacksonville for worst place in the NFL with a one and ten record on the year. Can they make it 2 and 10 against Saint Louis this weekend…um…probably not.

Cortana also went with Atlanta for some reason (I, on the other hand, picked Cleveland). And Cortana thought the Texans would prevail against the Bengals (having lived in Ohio many years ago, I picked Cincinnati).

Finally, Cortana made the safe bet (which turned out to be the wrong bet) by picking New Orleans at home against the Ravens (I picked the Ravens).

I slipped up on the Arizona/Seattle game…well, I didn’t do any actual slipping since I wasn’t playing in the game, I just picked the wrong team (so did a lot of other people). I also picked the Giants over the Cowboys because I thought the Giants had a very good chance of winning and I just don’t like the Cowboys very much. And even though I was born in New England and lived there for many years I picked Detroit because even though I thought it was a long shot I kinda like the Lions this year. Plus the fact that I absolutely hate the Patriots (ownership issues mostly. Oh, and the cheating scandals. And the snowplow game. And the open hand rule. And…let’s just leave it at that.)

Since Cortana, Vegas and I all picked pretty much the same teams for week 13 I went back and changed a few of my picks. If I get more than half of them right then I’ll gain a point or two on Cortana. So let’s go Chicago, Philly and Cleveland.