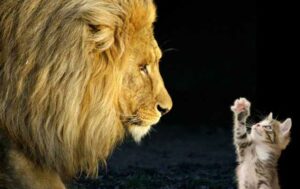 The Intel Developers Conference kicked off this week and judging by the talk Intel is going to be making a big push into…well…just about everything.

Intel has always been a major player in the server and desktop space and they will continue along those paths with ever more faster and powerful offerings. But Intel has never been a big player in the embedded systems world where storage is still measured in kilobytes and size, heat, price and power consumption take precedence over power and speed.

But Intel has finally seen the writing on the wall (to be honest they have probably been looking at that wall for years and are finally finding their way around, over and through it). The writing in this case reads, ‘you may be able to sell thousands of chips in the server and desktop worlds but if you can crack the embedded markets then you’ll sell millions upon millions of chips.’

To that end Intel announced a new thinner, less expensive Core M processor intended to be built into tablets, two-in-ones and Android-based Chromebooks. They also talked about the XMM 7260 modem processor for smartphones.

But the announcement of a successor to Intel’s Galileo reference design marks Intel’s entry into the IoT world. The Galileo reference design that was released last year used a tiny, very low power, single-core, 32-bit x86 System-on-a-Chip (SoC) called Quark. The new SoC, called Edison features a dual-core SoC, Wi-Fi and other communications capabilities, memory, support for expansion boards to bring in USB and more, in a package “only slightly larger than a postage stamp,” the company said. Edison is ready to ship and is priced at $50.

And Intel is also already getting into the wearable space with the MICA smart bracelet it unveiled at Fashion Week in New York.

But all these new, smaller chips, reference designs and wearables are really part of a two pronged attack on the world. First, if they can convince manufacturers to use their chips Intel will sell a lot more chips than they ever have before.

Second, with the expected explosion of IoT devices and wearables just on the horizon (and the continued rise in smartphones to control everything) there is going to be a corresponding explosion in data pouring in from all those devices and people are still going to need those ‘big iron’ computers loaded with heavy duty processors in order to sort through those mountains of data.

Why there is no such thing as security

Apple should be held responsible for the iCloud hacks