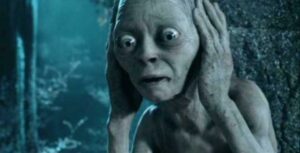 Yesterday Twitter announced that their analytics are now available to all users not just advertisers.

It seems innocuous enough. The analytics charts and graphs have been available to advertisers for a while now so why not let average users see them? Tweeters can now track things like details on their tweets’ engagement, clicks, retweets, favorites, replies and more. It has a spiffy dashboard (log into analytics.twitter.com with your username and password to access it). You can sort things, track things, drill down on tweets, followers, impressions, replies, retweets and on and on.

I have a few questions however. Are average people really going to want to use this more than once or twice? Will it change the way they tweet? Will other social media platforms like Facebook, Instagram and others start offering similar analytics dashboards? Will it really help people do…um…anything?

Or will it backfire and actually creep people out? What happens when someone finds out that their angry tweet about a kicker’s missed field goal has not only gone viral but has generated a storm of backlash? This is sure to toss cold water on some people’s tweeting. People like Twitter because it is short, sweet and even though it is a form of communication (I suppose) it’s mostly a one way affair. People toss out a tweet but don’t really expect thousands of people to actually read it. Or the reverse could happen. Fanatic tweeters could find out that they really are tweeting in a vacuum and no one actually reads or cares about their tweets.

On the other hand this might encourage people to tweet more messages like the ones they see have engaged the most people. That angry football fan might be encouraged to start tweeting more inflammatory tweets about the errant kick, the kicker, the coach, the team, the ball, the goal posts and anything else that might get more people upset.

Analytics could become a Twitter troll’s best friend. They can use it to fine tune their flames so that they piss off the greatest number of people.

Or, most likely, a few people will visit the analytics dashboard and say ‘huh, that’s sort of interesting. Maybe I’ll come back…or maybe not.’