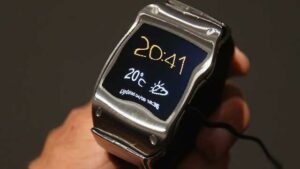 Consumers are concerned about privacy issues when it comes to the increasingly connected smart world heralded by the incoming Internet of Things, where many more devices such as household gadgets and wearables are going to be online.

It’s the latter that some new research (conducted by Acquity Group) focuses on, which found that the vast majority – 80 percent – of consumers had privacy concerns when it comes to connected wearables.

However, half of those consumers could be easily enough swayed, as they said they would be willing to share personal data with third-party retailers via such wearables if they got a coupon or some kind of discount from doing so.

Other incentives could persuade consumers to be freer with who sees the data from their wearables, although coupons and discounts based on their lifestyle was the top dog at 28 percent of respondents. 22 percent would share data for information on better workouts to reach their fitness goals, and the same amount would also share for details on the best foods to eat. 19 percent said they would share data for coupons pertaining to fitness gear.

Only 9 percent would share their wearable’s data with a third-party for free, and just under 40 percent wouldn’t share data with anyone, no matter what. So clearly there are still substantial trust issues here, even with carrots being waved at users.

Jay Dettling, president of Acquity Group, commented: “Our data reveals a gap in consumers’ fears of data privacy and their actual purchasing behaviour. To capitalise on these opportunities, companies should focus on specific benefits that sharing data will deliver to consumers.”

Looking at the smart home, consumers are more likely to share data for clear benefits – such as for example smart fridges hooking up with mobile devices to offer location-based discounts on commonly bought foods.

BYOD, COPE or CYOD? The alphabet soup of mobility strategies

Why one agile developer sees silos as a good thing