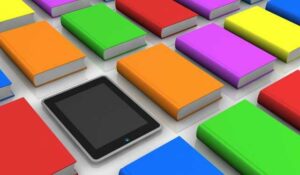 Amazon has hit back after an open letter from over 900 authors criticised its licensing dispute with publisher Hachette.

The letter, which was signed by writers including Stephen King, Donna Hart and Philip Pullman, was published in the New York Times and urged the firm to stop blocking or delaying sales of Hachette books while negotiating a new distribution deal with the publisher.

The Authors United letter read, “We have made Amazon many millions of dollars and over the years have contributed so much, free of charge, to the company by way of cooperation, joint promotions, reviews and blogs. This is no way to treat a business partner. Nor is it the right way to treat your friends. Without taking sides on the contractual dispute between Hachette and Amazon, we encourage Amazon in the strongest possible terms to stop harming the livelihood of the authors on whom it has built its business.”

Amazon’s response, in the form of a blog post from the “Amazon Books Team” has also been criticised for its use of a partial quote from George Orwell.

The firm compared the dispute to publishers’ initial aversion to paperback books due to their lower cost, and cites Hachette’s involvement in recent price-fixing controversies as evidence.

“The famous author George Orwell came out publicly and said about the new paperback format, if ‘publishers had any sense, they would combine against them and suppress them.’ Yes, George Orwell was suggesting collusion. Well… history doesn’t repeat itself, but it does rhyme…”

However, many news outlets have been quick to point out that Orwell’s full quote, which referred to Penguin’s introduction of paperbacks, seems to be in praise of the format, not arguing for its suppression.

“The Penguin Books are splendid value for sixpence, so splendid that if other publishers had any sense they would combine against them and suppress them,” the full quote read.

Amazon’s blog post then finished by publishing the email address of Hachette CEO Michael Pietsch, in response to the Authors United letter’s inclusion of its own CEO Jeff Bezos’ email, encouraging them to lower eBook prices.

Hachette has responded  by claiming that more than 80 per cent of its eBooks cost $9.99 or less, but it’s hard to see how this very public dispute is going to improve the reputation of either company.