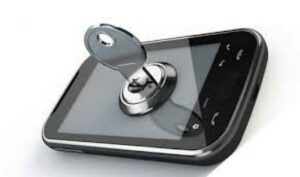 It all began with the public signing a digital petition on the White House’s We the People site.

114,000 citizen activists, lead by a digital rights activists Sina Khanifar, wanted one simple thing: let consumers unlock their phones and take their device to whichever carrier they wanted. This was in response to a law that, in theory, was designed to stop the wholesale unlocking of cellphones but that also restricted the process to the average consumer, even if they bought a cellphone outright.

The White House decided that the exception was important, and is praising the resultant success of its initiative as an example of bipartisanship and the breaking of gridlock in Washington. So, it’s kind of like their happy story time.

According to the White House’ Blog posting:

As Chairman of the Senate Judiciary Committee, Senator Leahy partnered with the Chairman of the House Judiciary Committee to promptly introduce joint legislation restoring the exemption to allow mobile phones to be unlocked. The bill also directed the Librarian of Congress to determine whether other wireless devices, such as tablets, should be unlockable. This commonsense legislation ensured that consumers could transfer their phones between carriers, and that second-hand phones could be put to good use by new owners connecting to a network of their choice.

Then, the Administration and FCC worked with wireless carriers to reach a voluntary agreement to create more competition in the mobile space, lower prices and increase flexibility for every American with a mobile phone — which, according to the latest statistics, is over 90% of the adult population. This unprecedented industry agreement has already made life easier for tens of thousands of Americans who took advantage of this service in order to switch carriers. Congressional action will now ensure that consumers on all networks can unlock their phones.

This is apparently the first instance that a We the People petition has resulted in actual change at the lawmaker level.

Granted that it seems kind of ludricous that there is even such a thing as cellphone locking, particularly as there is not benefit in terms of either pricing or availability of cellphones to consumers, and it probably doesn’t do much for carriers anymore either.

Sure, they get the periods of exclusivity and damn Apple for that contribution to the market, but if you are paying $600 and more for a cellphone, however you slice it, you should be able to use however you like. Just change the damn SIM card because it is yours, and why should it matter if I do that once or a hundred times?

Sadly, the White House posting, pandering to the wireless companies that really want to control matters, has to end the note by saying:

As long as their phone is compatible and they have complied with their contracts, consumers will now be able to enjoy the freedom of taking their mobile service — and a phone they already own — to the carrier that best fits their needs.

If I am effectively paying for my hardware, I shouldn’t have to worry about the small print. It’s mine. There is no complying for contractual obligation here that should be a hinderance.

Twitter has a part to play in higher education