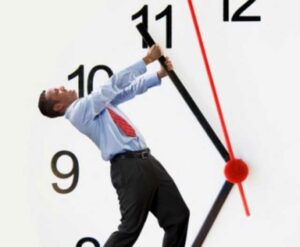 The latest Apple smartphone related rumour is that the company is purposely delaying the phablet version of its upcoming iPhone models, as opposed to any technical difficulties causing the delay.

Previously, there has been much buzz about how the 5.5in version of the iPhone 6 has been delayed somewhat due to production difficulties when it comes to the new screen (which is apparently a blend of sapphire glass and traditional glass, again according to the rumour mill).

However, DigiTimes now has sources saying that rather than yield rate issues on the assembly lines, the delay of the iPhone phablet is a decision which has been made for sales reasons.

Apparently Apple now believes it made a mistake when it launched two models together last year – the iPhone 5S and iPhone 5C – so wants some distance between the launch of the 4.7in and 5.5in iPhone 6 variants.

That said, one of the major problems with the iPhone 5C when it launched was that it simply didn’t offer much of a discount compared to the flagship (at least now there’s a somewhat bigger difference with the cheaper 8GB 5C handset which is actually close to £400 [$680]).

Also, looking at the sales figures now, Apple doesn’t exactly seemed to have made a mistake, with the iPhone 5S and 5C selling strongly – both phones are number one and two on Uswitch.com’s mobile tracker in the UK, for example, outselling the new Galaxy S5 which is at number three. Cupertino’s latest financials also showed that they sold 35.2 million smartphones, which was a 13 per cent increase year-on-year – hardly a bad result (it was the iPad that let the side down).

Anyhow, if this rumour is to be believed, Apple doesn’t want its smartphones treading on each other’s toes this time around – hence the phablet will be released several months after the 4.7in model, not just one month, the figure which has been floating around before.

That could mean, given a mid-September launch for the first iPhone, that the phablet doesn’t appear until just before Christmas. We shall see…

In all honesty, what’s more likely to hurt Apple sales is the controversy which sprung up this week concerning Cupertino filling its iOS mobile platform with backdoors, and getting into bed with the NSA and surveillance goons, something it has strongly denied.