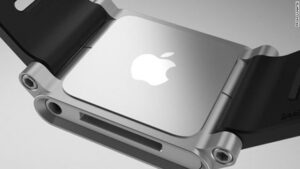 We are seeing battle lines drawn and the vendors are lining up to see which one can deliver the iPod of wearable devices and, as before, all eyes are on Apple.   However Steve Jobs was a critical part of that repetitive success cycle and he’s not coming back for this one.   Early indications are the market is looking in Apple’s direction though so even though Steve isn’t part of the mix Apple has the inside track to getting this right at the moment.   The other big player is Microsoft and they have been doing better work with hardware of late and given their recent misstep with the Xbox how they do with Wearables will have a great deal to do with how people perceive their new CEO so expect them to come out swinging for the fences.  In fact both Apple’s and Microsoft’s CEOs have a lot on the line here and they have some tough competition from Motorola who may have found their new Razor.  Let me explain.

The first time a large audience of early adopters got to actually vote on what kind of watch they wanted was at Google I/O.   They looked at the improved Samsung which on spec has the best features, the new LG which on spec has the best performance, and the Moto 360 which was the most watch like and arguably the most attractive and looks won by a landslide.    This showcases that appearance and similarity to existing watches may be the tie breaker in this mass of new products and this shouldn’t be a surprise because watches generally are purchased more like jewelry than for any practical purpose (otherwise we’d have all likely bought Casio G-Shock watches rather than the prettier but less functional watches we instead purchased).

In a world where appearance is King Apple can rule.

Apple is one of the few companies where historically function has followed form.   The design of the product coming out of Apple is generally paramount and this same strategy could, based on this early feedback give Apple a significant advantage because they are set up best for a design leading market model.  People are outspoken about what they want Apple to create. Apple is expected to launch their product in the late 3rd quarter and the odds favor them in this fight if Tim Cook doesn’t break the model.  Unfortunately Tim is slowly converting Apple from a design driven company to a volume driven company which could take them from an easy win and put them back in the pack.

This opens the door for Microsoft to steal, there is a lot of speculation and excitement about what they are bringing to market.   The other clear indicator is that people buying Smartwatch products are favoring exorcise as the segment where they want to see most of the concentration.   Microsoft’s design capability has improved sharply based on their execution of the new Surface Pro 3 tablet and clean lines of the Xbox 360.  Microsoft actually has some watch experience having released the Spot watch several years back and while it failed sometimes you can learn more from failure than success.  Their Nokia unit has some of the best looking phones in market right now as well suggesting they can not only play this round they could win.

As noted with the Moto 360 the most popular of the watches we know of is this one from Motorola.  Before the iPhone Motorola had the Razor which was the most popular phone of its time and a massive success.   They still have that potential DNA and Lenovo brings massive manufacturing capability to this party along with better distribution in Asia and Europe than Apple has.  They are the only firm trying to actually recreate the Steve Jobs Apple model around Ashton Kutcher and while that remains a long shot that model clearly worked incredibly well for Apple.    They are one hell of a wild card in this coming battle for the next iPod like device.

This all comes down to a 4th quarter this year that will pit these vendors and others like Samsung and LG in a pitched battle for dominance to see who can bring to market the next iPod.   While I still think Apple has the inside track in this race their executive changes make this a race and the other parties are competing very hard.   Samsung in particular is seeing sales problems and desperately needs a win to restore faith in their leadership team and they have been in the fight the longest of the major players.   My recommendation is wait to see what all of these firms bring to market before making your choice because the winning product may not come from any of the traditional sources this time.

Dutch team flown to space if it wins World Cup