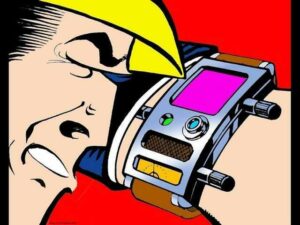 Apple has hired Patrick Pruniaux, vice president of sales at luxury Swiss watch maker TAG Heuer to help promote its forthcoming iWatch, which is expected to launch in October.

Apple has been prowling for fashion forward executives over the past year although most of them have come from the sales and marketing side of things rather than designers. In May Apple hired Burberry ex-chief executive Angela Ahrendts to head up its retail and online sales, and Paul Deneve, former head of French fashion brand Yves Saint Laurent was hired last year to work on special projects.

There have been rumors that Apple hasn’t had an easy time when it comes to hiring European fashion executives. Supposedly they struck out when it came to hiring away execs from Swatch. Perhaps they weren’t offering enough money (hard to believe) or more likely Apple has their own ideas about fashion tech and weren’t going to budge on design issues no matter what any new hire said.

Whatever the case, it will be interesting to see what sort of iWatch Apple comes out with this fall. Will it be a sleek, simple design triumph like the iPod, iPhone and iPad or will it be yet another clunky, 1970’s style Casio-calculator-watch knock off?

Even if their new watch is the size of a pack of cigarettes, weighs a pound and a half and costs $379 Apple enthusiasts will probably still buy them and wear them proudly. Heck, if people are willing to shell out $1500 for a pair of goofy-looking Google Glasses and wear them in public then it probably won’t matter what an Apple iWatch looks like either.

As usual, the Apple commercials promoting the wonders of living the iLife are very slick and compelling. But like so many other products (fitness related or not) the commercials are mainly promoting the idea that if you buy this workout machine (or diet supplement or car or beer) you too can look like a body builder or fashion model and attract all sorts of other beautiful looking people to share all sorts of fun and exciting adventures with.