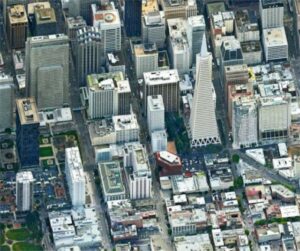 An eagle-eyed developer has unlocked Apple Maps’ new City Tour feature and a video shows the full capabilities of the under-the-radar iOS 8 feature that will be released in full later on this year.

9to5Mac reports that developer Pierre Blazquez managed to uncover the feature by using a hidden debug screen in iOS 8 Beta 2 and it gives some more detail on the new facet of Apple’s beleaguered mapping service.

City Tours, which is shown in a video made by Blazquez, is basically a flyover of major cities over the world with stops made at famous landmarks across the cityscape similar to the open top busses that clog the streets of many cities.

When the user chooses to go into the City Tour mode the screen immediately switches to satellite mode and pans to the landmarks across the city before zooming in and stopping for a few moments at each one.

Currently the beta only offers tours of Rome, Stockholm, Paris, New York, Barcelona, Bordeaux, Perth, Cape Town, Glasgow and San Francisco with the list subject to change before iOS 8 is released at some point later on this year.

Apple’s first foray into mapping, which got underway back on 2012 when iOS 6 was released, has experienced a bumpy ride with criticism levelled at the product for a range of different reasons including bad directions and poor quality satellite images.

It’s reported that Apple Maps will get a drastic overhaul when iOS 8 is released that will use the glut of transportation related acquisitions that the company has made in the past 12 months.

Apple Maps will still have to do a lot to catch up with Google Maps, which is considered the global standard when it comes to mobile mapping, with data last year showing that it is the world’s most popular app as 54 per cent of smartphones have it installed.