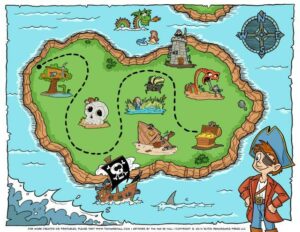 The National Transportation Department is intensifying its battle against distracted driving by seeking explicit authority from Congress to regulate navigation aids of all types, including apps on smartphones.

A measure, included in the Obama administration’s proposed transportation bill, would give the National Highway Traffic Safety Administration the authority to set restrictions on apps and later order changes if they are deemed dangerous.

The agency says it will first focus on electronics built into car dashboards. Last year they issued voluntary guidelines for car manufacturers, and now it wants to focus on smartphones and tablets. Regulators maintain that they already have the authority over navigation aids and merely want it clearly written into law.

The measure already has the support of automakers, who, for the most part, already comply with the voluntary guidelines, but technology companies are beginning to push back. They say that trying to regulate smartphone apps would be impractical and impossible to enforce.

According to an article by Matthew Wald published in the New York Times yesterday:

Now the Transportation Department is angling for more leverage in negotiations over electronic distractions, but it says it has no immediate plan to issue rules. The idea is now in the mix of proposals that could end up in the highway bill that Congress is likely to pass in the coming months.

Regulators are making the push as navigation apps are proliferating and increasing in sophistication.

The article also points out that while texting or talking on a smartphone while driving are already illegal in most states, the use of portable devices for navigation is something of a grey area.

Harold Feld, senior vice president of Public Knowledge, a digital rights advocacy group, said the navigation apps were not inherently dangerous. Being able to enter a new destination into a navigation device on the fly, he said, is “a pretty good thing” and could often be done by a passenger. And navigation apps allow for voice commands.

With Google Maps or Apple’s Maps on nearly every smartphone sold in the United States, he asked, “Does their regulatory status change in a car? How the heck would anyone monitor that?”

You have to wonder why the Transportation Department would want to take on such a monumental task. On the one hand, you could say that sooner or later someone is going to drive their car into the back of a school bus while trying to convince their navigation app that ‘no, I don’t want to go to Hades! I want to go to Macy’s!’ and some congressman up for reelection is going to blame the Transportation Department for not doing something sooner. But on the other hand, simply having laws in place wouldn’t necessarily exonerate the department when such accidents happen. And at the rate companies are coming out with new, mobile electronic devices the department will have to keep updating their laws every few weeks.

Robot printer PPrintee drives itself and fits in your pocket