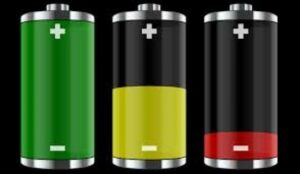 Microsoft claims that with some alterations to software and design, smartphone battery life could be extended by up to a week in some cases.

At the MIT Technology Review’s Digital Summit this week, Microsoft researcher Ranveer Chandra explained that it had taken 15 years for battery density to double. Instead of waiting for technological advances, his company have looked for a solution elsewhere.

One avenue that they are currently exploring is including two smaller lithium-ion batteries inside a smartphone, in place of a single large one. In this case, one of the batteries would generate a larger current to fuel applications that take up a lot of processing power, like a game, while the other cell would run at a low power state while the phone was idle.

So far the signs are promising, with these dual-cell prototypes extending battery life by up to 50 per cent compared to single battery phones.

Another alternative is called E-Loupe. E-Loupe is a software package that searches for apps that are using a lot of battery power even when not in use, and looks to shut them down or limit their activity.

While it may still be difficult to significantly extend battery life when using juice-draining applications like watching a movie or video chatting, the days of worrying about when you’ll next be able to charge your smartphone may soon be over.

Why the Twitter-Amazon partnership will be driven by customer experience