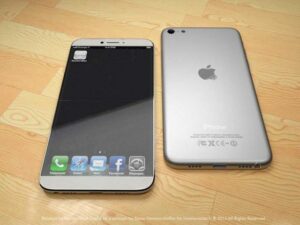 Stand by for more from the ever-churning iPhone rumour mill, with the latest revelations detailing some of the features which will supposedly be on board Apple’s next-gen smartphone.

According to a source who spoke to Venturebeat, the iPhone 6 will finally see the introduction of NFC, wireless charging, and also an improved 4G antenna for faster mobile surfing speeds.

NFC coming on board is a move Apple has swerved for some time, now – Android smartphones have been carrying the tech for ages – but Cupertino has evidently decided that the market has developed sufficiently to warrant the inclusion. What payments system Apple will adopt is unclear, though.

Wireless charging is another boon which some Android handsets have offered for some time, but it’s obviously a welcome addition. Again, exactly what form it will come in isn’t known, but the source of the leak did say that the iPhone will use a “surface under the shell which connects to an inductive charging surface for energy transfer”. In other words, you’ll be able to place it on a surface to juice up, such as a charging pad.

As concerns the improved 4G antenna, the iPhone 6 is reportedly going to carry a category 6 LTE radio which is theoretically capable of twice the speed of the Category 4 unit seen on current iPhones (the iPhone 5/5S). Again, that’s a nifty touch for those who are in an area with 4G coverage – but don’t forget the call reception while you’re at it, Cupertino. People do occasionally use their handset to make those odd things known as phone calls…

The source also mentioned what we’ve been hearing about for a long time now – that the iPhone 6 will have a considerably bigger screen, with previous speculation pointing to a 4.7in display (up from 4in). The bezel will apparently be much slimmer with the new iPhone, which will certainly help the device on the aesthetics front.

Some other rumours have pointed to an August launch for the iPhone 6, although other sources are still saying it will be the traditional September unveiling, with the phone possibly looking something like this.